Cannabis and cancer have been in the news a lot lately. With the legalization of marijuana in some states, and the decriminalization of it in others, there has been a renewed interest in the plant and its potential medical benefits. There are a lot of myths out there about the plant and its ability to treat or cure. In this blog post, we will debunk 10 of those myths and set the record straight.

It is a widely held belief that marijuana can cure this disease. However, there is no scientific evidence to support this claim. In fact, the only thing that it has been shown to be effective in treating is the side effects of chemotherapy, such as nausea and vomiting.

While cannabis may have some anti-cancer properties, it has not been proven to actually cure cancer.

Cannabis as a treatment for chemotherapy

The myth that cannabis is an effective treatment for chemotherapy is based on a misunderstanding of how the two work. Marijuana does not directly kill cancer cells, but it can help to ease some of the side effects of chemotherapy such as nausea and vomiting.

There is some evidence to suggest that marijuana may also help to improve appetite and weight gain in patients undergoing chemotherapy.

There is no evidence that cannabis interferes with radiation therapy. In fact, some studies suggest that marijuana may help to reduce the side effects of radiation therapy, such as nausea and vomiting.

Cannabis has been shown to kill brain cancer cells in studies, yet the myth persists that the herb causes these tumors.

How did this myth get started? Most likely, because marijuana has been shown to kill other types of cancer cells in studies, including lung and breast cancer. So, it’s easy to see how people might assume that it could cause brain tumors as well.

However, there is no evidence to support this claim. In fact, a growing body of research suggests that marijuana may actually help protect the brain from tumor formation.

For example, one study found that THC – the main psychoactive ingredient in cannabis – can selectively kill glioma cells, while leaving healthy cells unharmed.

Another study showed that CBD – another key compound in marijuana– can inhibit the growth of various types of tumors, including brain tumors.

So far, there is no definitive proof that cannabis causes brain tumors. However, the available evidence does suggest that it could potentially help protect against their development.

CBD is not a cure for tumor. Although CBD oil may help to ease some symptoms, it does not treat the disease itself. Cancer cells have been shown to be resistant to CBD’s effects in lab studies.

There is no scientific evidence to support the claim that CBD can shrink tumors or kill tumor cells. Some early-stage research suggests that CBD may help to prevent it from spreading, but more research is needed.

CBD may help to ease the symptoms like pain, nausea, and vomiting, but it is not likely to cure the disease. If you are considering using CBD oil, talk to your doctor first.

Buy Rick Simpson Oil so you can ease your cancer treatment.

THC, or tetrahydrocannabinol, is the main psychoactive component of cannabis. It is what gives users the “high” associated with marijuana use. THC has been shown to have some anti-cancer properties in animal studies, but its effect on human cancer has not been well studied.

Some people believe that THC can kill tumor cells and shrink tumors, but there is no scientific evidence to support this claim. In fact, THC may even promote the growth of some types.

Cannabis oil is not a cure for this disease. This much is clear from the available evidence. Cannabis oil may, however, help to ease the symptoms of tumors and the side effects of treatments.

A small number of studies have found that marijuana oil can help to relieve nausea and vomiting, pain, and anxiety in people with cancer.

Cannabis oil is not a panacea, but it may offer some relief to people with tumor. If you or a loved one are considering using it, be sure to speak with your doctor first and make sure you understand the risks and benefits.

The Truth About Cannabis and Cancer

It’s no secret that cannabis has been used to treat cancer for centuries. In fact, the first documented use of cannabis as a cancer treatment dates back to 2737 BC when Chinese Emperor Shen Nung noted its ability to shrink tumors.

Fast forward to 2018, and there is now a growing body of evidence to support the use of marijuana in the treatment of cancer.

A recent study published in the Journal of the American Medical Association found that marijuana was associated with a significant reduction in tumor size in mice.

Interestingly, the study also found that cannabis was more effective at shrinking tumors when used in conjunction with radiation therapy.

This is significant because it suggests that it could potentially be used as an adjunct treatment to traditional therapies like chemotherapy and radiation.

So why isn’t cannabis being more widely used as a tumor treatment? Unfortunately, there is still a lot of misinformation out there about marijuana and cancer.

Cannabis and cancer are topics that continues to be shrouded in myths and misinformation. I hope this article has helped to debunk some of the most prevalent myths about cannabis and cancer. Remember, if you’re considering using marijuana as part of your cancer treatment plan, it’s important to consult with your doctor first to ensure that it’s the right decision for you. 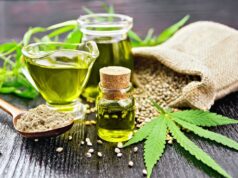 Cannabidiol for Anxiety and Sleep 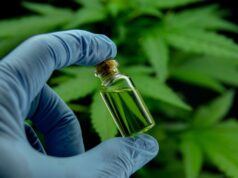 Just the Facts: What Are the Medical Benefits of CBD? 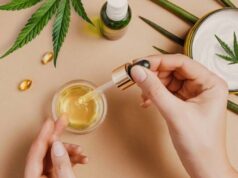 The Do’s And Don’ts When Using CBD