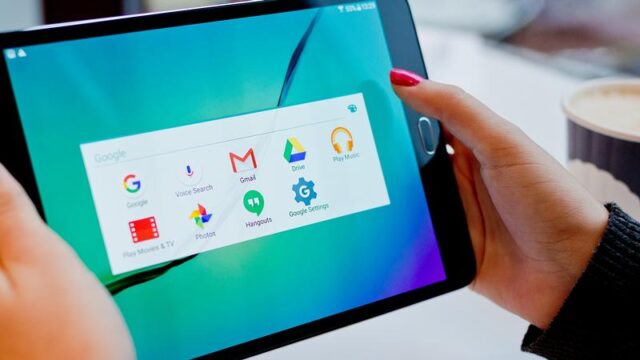 Many businesses are starting to support tablets in their workplace. Portability and screen size of tablets are providing great balance for many work related activities such as taking notes. It’s true that companies took some time to find out what is the best way of using tablets. Large number of companies are using tablets more for work than a PC. It has been years as of now that Samsung launched their Galaxy tab and Apple iPad, so there’s a big number of those devices that have reached the market for consumers. It makes sense that tablets matured since then and transformed into devices that are used frequently to work. But, truthfully tablets are better for specific job tasks while for some not so great. Last year, more than 10 million tablets were used in the workplace only in America. Smartphones for example are still a big part of work, but if you’re using tablet you can utilize documents and information to much bigger screen, and do it fast.

Even managers and individuals who are traveling almost daily are probably bringing tablet with them. Imagine you have some type of video presentation. You don’t need to walk inside with heavy and big laptop, or with stack of many papers. Just bring your tablet, it’s much easier to set all up. There are many other scenarios where using tablet has much bigger benefit than PCs. For example, taking notes. Tablets are unifying taking notes on smartphones and laptops into one device. They are very portable. Employers are today looking options of note taking, such as ability for incorporating voice recordings and photos along with quick accessing too many other documents. As I’ve already mentioned before, tablets are great to work on the go. Screens of smartphones are just too small and they can’t be productive as much as tablets.

You can create great presentations using simple templates while travelling on the road or even make some changes few mins before presentation. What greater is that most of today’s tables are compatible with projectors. You’re probably asking if you should invest in tablets? Well, I think that the likable answer is yes. I think there doesn’t exist organization or company that would not benefit by using tablet over computer hardware which is much more expensive.

As there are tablets that are now supporting functionality of split screen, this will allow people to multitask too, and the other extra input methods such as gestures or voice commands will reduce the use of keyboards. I think every serious business or company should perform some testings and make a good research in order to maximize the tablet value. My opinion is that tablets are able to accomplish many things in everyone’s workplace