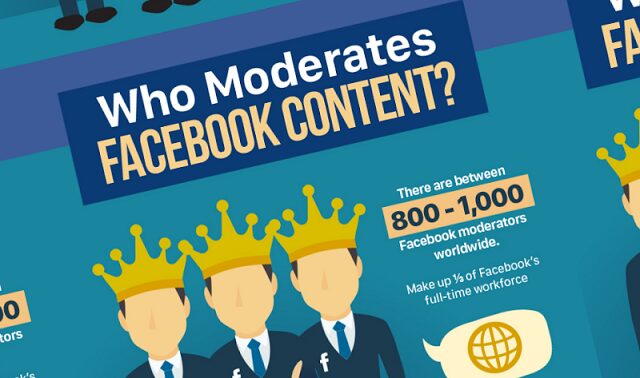 Many websites strive to provide the best possible environment for their users, so that people will keep coming back to the site. They want their visitors to feel safe, and to not be exposed to inappropriate content. In order to do that, many of them use professional content moderators to sort through reported and flagged content and decide what’s inappropriate.

Social media moderation is a booming business. There are many firms that specialize in it, who often outsource the work cheaply to workers in India, the Philippines, and other countries with a lower cost of living. There are content moderators in many countries, though, with recent college graduates making up the bulk of them in the United States.

Even though you’re annoyed every day by the viral videos, different games requests and clickbait headlines, Facebook could be a much worse place. A bunch of moderators filter through the worst of humanity that gets posted every day.

The Darkness Faced by Moderators

So the question is which content is get moderated?

Facebook partners with organizations to improve policies and report handling:

User can report and categorize the content as one of the following:

Automatic algorithm sorts through reports before a human sees them. The reports are categorized and sent to a moderation team. Categories include:

Most reports are reviewed within 72 hours. Internet is full of offensive content, and social media is no different. Facebook is one of many social networks that tries to clean up our newsfeeds so we can enjoy baby photos and funny videos without having to filter through the scariest the web has to offer.