Some of you may think differently when talking about electric cars. For most car owners and consumers, electric cars/vehicles or EVs are the cars of the future. With the appearance of many car companies that introduced their electric cars, the future of electric cars might be nearer than what most people think.

For those of you who have no idea what electric cars are and have inaccurate perceptions of this particular vehicle, these are the straight-up facts for you. Here is a list of the 8 most common misconceptions people have about electric cars and their reality.

Most people think that electric cars are mostly flammable or have the chance to catch fire because of their battery. However, electric cars’ lithium-ion batteries have a different characteristic than the conventional car engine. When on fire, lithium-ion batteries take much longer to get going. The driver has a higher probability of getting out of the car before the fire gets big. This is the opposite of conventional cars which are powered by fuel, fossil fuel ignites easily and can easily explode when the gas tank is damaged or catches fire. This is more likely to kill people during a serious road accident.

The reason why people think of this is that during the rise of electric cars, viral photos circulated the social media of electric cars catching fire, however, this will not prove that they do happen often.

As a matter of fact, electric cars have an average range of 150 miles with many more options for models that can go much further on a single charge. The average American drives 40 miles a day, according to the data of the U.S. Department of Transportation. Here is a graph from Statista showing the range of some of the electric cars in the market:

Electric car manufacturers are continuing to improve the economy and the range of their car batteries. The battery capacities have increased and the range have continued to give better results than the previous years. Companies like Tesla, Panasonic, Hyundai, and other big tech companies are making great milestones on electric car technology.

This is one of the biggest misconceptions regarding electric cars, but they are far from reality. The technology for electric cars has developed so much that they are not like the golf carts you might think. In fact, they are generally quicker than their gas-powered counterparts. This is because an electric motor can generate 100% of its available torque instantly. The roadster model of Tesla that they released in the market boasts a record 0-60 mph in just under 2 seconds. So if you want to get a fast car, you can definitely go for an electric vehicle.

4. The price is just too much

During the early years of the production of electric cars, it was quite expensive. The heavy batteries that contain rare earth elements typically make up half the cost of an electric car. That is why you might find electric cars 20 to 50 percent higher than their gas-powered counterparts.

However, due to the development of battery technology through the years, the prices have fallen by 90 percent. Some governments also offer incentives and tax breaks for electric cars. If you carefully compute your expenses and the savings you get from owning an electric car, you will definitely get one.

5. Electric cars are not earth friendly

This is partially true because the battery production of electric cars requires rare earth elements like lithium, nickel, cobalt, and graphite. These are only obtained through mining the earth, and we all know that mining consumes energy and is a polluting process. According to a study made by the Union of Concerned scientists, they concluded that electric cars are generally responsible for less pollution than conventional cars in the U.S.

Car companies are researching and continuously improving on a sustainable path for electric car production. Indeed, it is not 100% eco friendly because the electricity used to power these vehicles are also from power plants that are causes of pollution. But we know that many renewable power sources are being made to address this.

6. You can save more on gas than power your electric car

Gas has been fluctuating in price based on the oil market all over the world, it is constantly on high or on low, however, studies show that keeping an electric car can actually save you more. According to the Environmental Protection Agency (EPA), the Hyundai Ioniq Electric will cost someone $500 for a year to traverse 15,000 miles based on the average rates of electricity consumption. This amount is an estimated $5000 less than the average expense for someone to spend on fuel costs over five years.

No. Unlike their counterpart, electric cars cost less to keep running than internal combustion engines or ICE-powered cars. They do not require regular maintenance, like oil changes. There are a few parts that are moving that may eventually fail and need replacing. Electric cars require only a few parts for replacement than conventional cars. This will also take longer to replace than your conventional car. You will find out more on Carcody.com about maintenance and other related car topics.

When electric cars are the talk of the town, people were making assumptions that they will not last for a long time because of the battery technology. They tend to think that it will only worsen the garbage dum problems in countries that will embrace electric car technology.

Electric cars or vehicles are mandated to carry warranties for battery packs for at least eight years or 100,000 miles coverage. According to reliable reports, a tesla is said to be able to have 90% of the car battery life intact after 200,000 miles. Once an electric car battery is depleted, it can be recycled. They can be used to store renewable energy from solar or wind power sources. They can also be broken down with their more valuable elements and be reused. 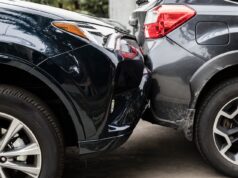 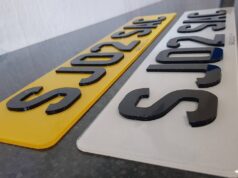 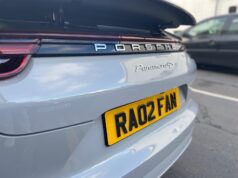 What Is Anorgasmia And How To Overcome It – 2021 Guide