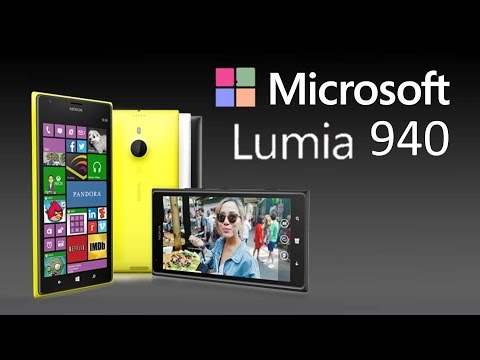 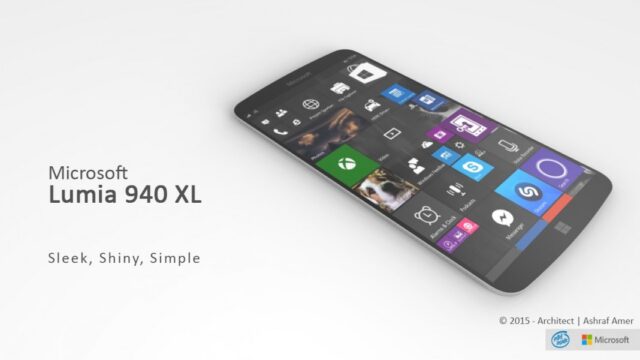 NokiaPowerUser published a specs of Microsoft Lumia 940XL based on their sources. The unannounced Microsoft Lumia 940 XL is seen to sport some pretty top-end specifications on the GFXBench benchmark site, first spotted by German website Winfuture.

The Microsoft Lumia 940 XL has a 5.7 inch screen, placing it on the larger end of smartphone screens. Because its screen is over 5.3 inches, this phone also qualifies as a phablet. This also means that for most users, the phone will be difficult to use with one hand when compared to phones with smaller screens.

The screen has a resolution of 1,920 pixels by 1,080 pixels, making it a 1080p HD screen. Screen sharpness can be measured in the density of pixels per square inch of screen, and at 386 PPI, it’s 66% sharper than an average screen.

With a weight of 153 grams, its weight is about average for a smartphone of its size.

Microsoft Lumia 940 XL houses a quad core system on a chip. Its CPU runs at 2.3 GHz, which is much higher than average for a smartphone processor.

3,072 MB of RAM means that it has much more memory than what’s typical, giving it a significant performance boost over most phones.

The base model of the Microsoft Lumia 940 XL has a healthy 32 GB of internal storage, making it an ideal choice for users looking to have a lot of music, videos, and pictures on the go. If 32 GB isn’t enough, you can increase its storage an additional 64 GBwith a microSD card.

It seems that we will have to hold it until September when the supposedly Microsoft Lumia 940 XL and smaller Lumia 940 come to light.PC Advisor said it expects the Lumia 940 XL to be priced near the $870,but do not take that number for sure. We are confident to say that the new smartphone is definitely a step forward in the development of Microsoft’s mobile phone. I am sure that it will compete with his rivals in the battle for the best smartphone. 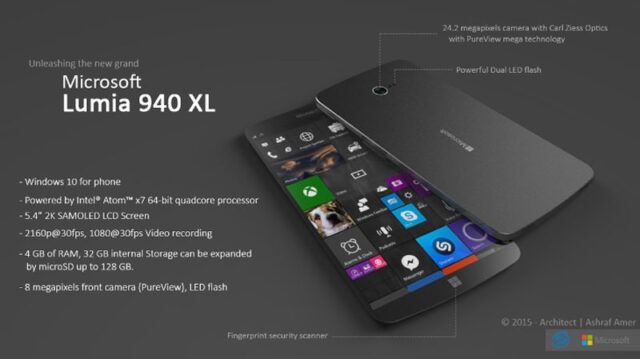