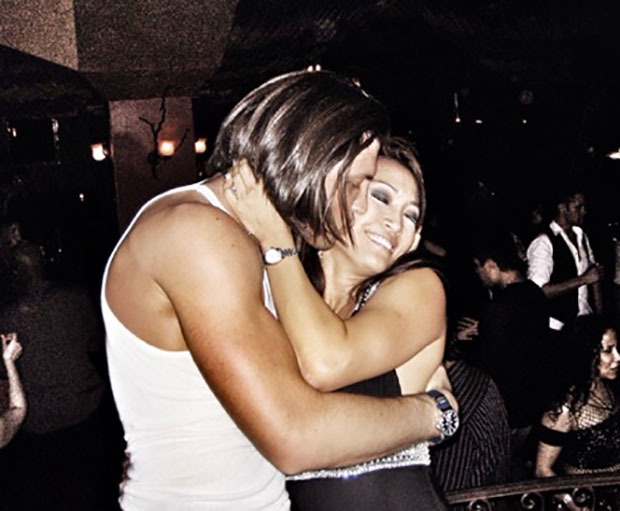 It’s hard to remember that there was once a time when Dancing With The Stars pro Maksim Chmerkovskiy and judge Carrie Ann Inaba got along.

But the 34-year-old hottie showed his fans that the pair had nothing but love when he first started on the show.

“In the spirit of #TBT I give you Season 2 wrap party, when @carrieanninaba and I were friends ;)” the reigning DWTS champ posted to his Instagram Thursday.
Maks Was Partnered With Tia Carrere

The photo was taken after the show’s second season aired, before it became the huge hit that it is today. It was also Maks’ first season on the show. He exited the competition in in sixth place with partner Tia Carrere. That was in the winter of 2006.

And from the looks of that longer hair style on him — and the love he had toward now nemesis Carrie Ann — it’s obvious how much time has passed since this shot was taken!