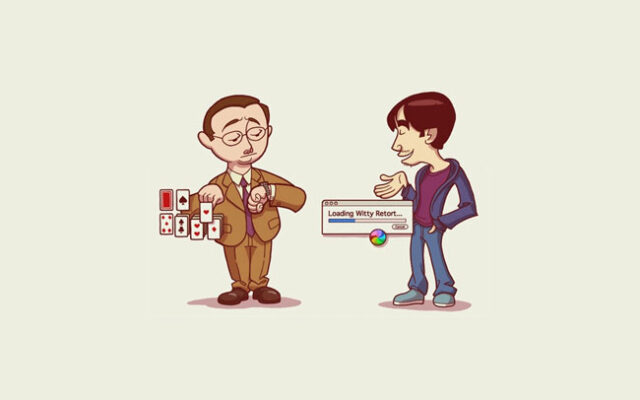 Do you love sports? Or cars? Or mobile phones? Well, whatever you like you probably have some club, manufacturer or model that is your favorite. And whatever someone else says against that it’ll still be your favorite product. That same thing stays for Mac and PC. Just to explain something, Mac stands for Apple computers with Mac OS X operating system while PC stands for personal computers that have Windows operating systems installed on them. If you try to explain that Mac is better to someone who likes PC more then you’ll probably end up in a fight with that person. The war between Mac and PC fans began long time ago and it’s impossible to know where it’ll end. But what exactly are the differences that create that big fight between fans? And which people often like Mac or PC better? Keep reading to find out.

Differences between MAC and PC

The huge difference can be found with the design. With Apple computers the CPU and monitor were placed into a single unit. That reduced the number of different cables that were necessary for powering. Mac computers have unique design and even though lots of manufacturers tried to copy the design none of them actually reached the level of beautifulness and uniqueness like Mac. Just like I said above, Mac computers have unique design because they have only one manufacturer, Apple. But what about PCs? There are lots of different manufacturers and hundreds of designs for PCs. There are PCs with minimalistic design while some focus on details. There are also some that tried to focus on Apple but once again it’s not the same thing. If you are fan of great and unique design you must have Mac. If not, you’ll be able to find perfectly nice computer among Windows PCs. 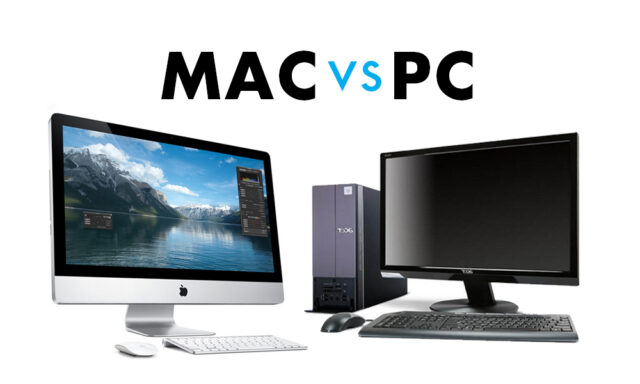 Another big difference is the price. Mac products are rarely found for under $1,000. For that money you can buy yourself a great PC model. Why are Macs more expensive? Well, Apple decided to build Mac computers only with high-quality components that are more expensive. The final choice is totally up to you. For example, if you need a simple computer just to surf the web and do basic stuff then why would you pay more money for Mac? But if you need something more powerful and with better quality for advanced operations then it’s wort paying more money for some high quality PC or buying a Mac.

It’s obvious that number of choices is a huge difference between Mac and PC. There are only few Mac computers you can buy and if you want to look for PCs you’ll be able to find large amount of different PCs from different manufacturers like Dell, HP, Samsung, Acer, Asus, Lenovo and others.

Lots of Mac and PC fans fight because of the operating system. Mac computers come with Mac OS X operating system while most of PCs use Microsoft Windows. Microsoft was a lot behind OS X in 2007 when they mostly used Windows Vista but since the release of Windows 7, 8 and now Windows 10 Microsoft improved a lot and the choice of operating system is mostly up to you. Another difference is that you can always put Windows on Mac computer with the help of different virtual devices. On the other hand, if you want to put Mac OS X on a computer that was not made by Apple you’ll have lots of problems.

The main reason why lots of people choose PC over Mac is because of the software. Mac OS X operating system may be faster and have better layout and everything, but the lack of software for it still drives lots of users away from it. Software developers today make versions for both Windows and Mac OS X but if you want to use some older application you’ll have to use Windows. Another problem is the games. If you are a hardcore gamer there’s no point in buying Mac because you won’t be able to play lots of games on it.

One of the biggest concerns about PCs is the security. Most of the computers in the world run Microsoft Windows and attackers often focus only on PCs. Malware like Trojans are often a big threat to PCs but you’ll rarely see that kind of problem on Macs. I’m not saying that Mac doesn’t have security problems. Some malware like Mac Protector, Mac Defender or MacGuard recently appeared on Apple computers. And with the growth of Mac computers the number of security issues will surely grow. All you can do is use security programs to protect yourself.

Probably the biggest difference between PCs and Mac computers is the satisfaction of customers. From the results of some popular researches we could see that Macs god really high grades in categories like user experience, reliability and phone hold time. One of the main reasons for this is that PC manufacturers often send their products overseas when customers bring them to repair something. Mac users can simply bring their broken device to the helpdesk in stores and have them repaired there. So, if you have problem with PC and can’t fix it yourself you could end up talking to different companies and wait for the return of your machine for few weeks or even months. And if you have problem with Apple you’ll be able to bring it to the store, learn what the problem is and have it fixed immediately of in the next few days.

Which do you prefer, PC or Mac? There is a research that shows how people who use PCs are lot different than people who use Macs. How are they different? Check out in the rest of the article.

A small research that was made out of 388,315 users on Hunch showed what is the difference between Mac and PC person.

If you want to know some statistics about media then the interesting fact is that PC people are 42% more likely to buy The New York times over USA Today while 69% of Mac people would buy The Times. PC People also like South Park and The Office as the two funniest shows while most of Mac people like The Office most.

What do you think, are you more PC person or Mac person? For more detailed statistic about both types check out the infographic below.