Home Daily Infographics LinkedIn or Facebook? Which social network is better for business? 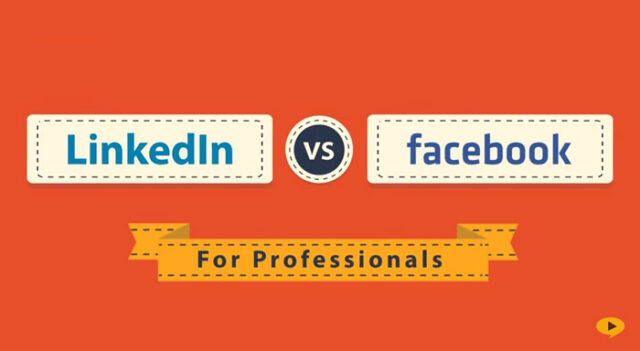 You must be wondering what is better for business, LinkedIn or Facebook? We remember how Facebook used to “rule’. Everything that was put online in the form of  post, either for the clients or personally it was visible and virality was achieved with relative ease. But it is very clear how it did not work in favor for Facebook. At least, we can conclude it (on) by the fact that today the system “pay and publish” only makes sense – still not as before.

Let’s put it all aside, however, the key thing is creativity and constant communication with customers – whether through comments, mutually liking or prize games, and inbox messages in the form of customer support.

In a recent survey conducted by HubSpot to more than 5,000 business, it was concluded that the web traffic from LinkedIn generated the highest “visitor-to-lead” conversion. Simply put, businesses have generated three times more Lead’s when they used a LinkedIn compared to when they used Facebook or Twitter. Conversion Rate by LinkedIn has also surpassed the other social media.

On the other hand, as for the registered users, LinkedIn with 300 million members is not a small network by no means, but is far behind Facebook with 1.35 billion registered users. When it comes to business there are 25 million Facebook pages, while LinkedIn has only 4 million. It’s up to you to decide for LinkedIn or Facebook, and below is interesting video infographich which should help you in decision: