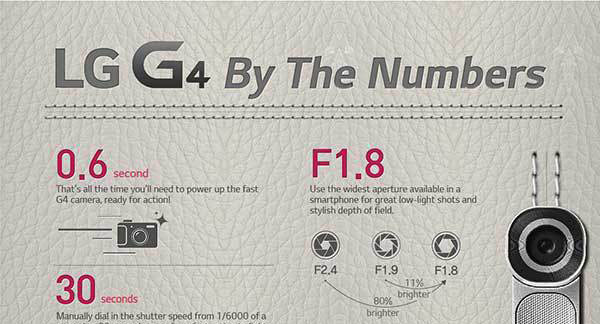 LG made a cool and practical infographic which reminiscent of all the most important features of their new LG G4. There is no doubt that the LG G4 smartphone is the best device which has so far presented by the South Korean company. Technology is more advanced than in the G3 model.

LG G4 will when it will be released, likely to be one of the most technologically advanced smart phone in the world. It brings a handful of technological innovations, such as image stabilization in all three axes, a special sensor for the color palette, and a leather background. The rear camera is one of the greatest emphasis on this great smartphone.

Also module 16 MP camera with an aperture of f / 1.8 enhanced optical imagestabilizer, laser autofocus and RGB + IR sensor, it should provide the best quality of pictures taken in low light conditions. We must mention LG’s collaboration with Google just related to this model. The G4 all LG customers will receive an additional bonus of 100 MB of free additional memory storage capacity in the Google Drive service. Other important details, you can check in the infographic, below:

Over the weekend were appeared interesting battery tests, which according to us is perhaps more important feature of, for example, x-core processor on who knows how many Hz or screen with a resolution that will blow your mind. All this we would change for a good battery …

The comparison was made with the currently most popular and most powerful smartphones that can be found on sale – Sony Xperia Z3, Galaxy S6, the iPhone 6 Plus, HTC One M9, and even the older LG G3. The results will certainly be of your interest. 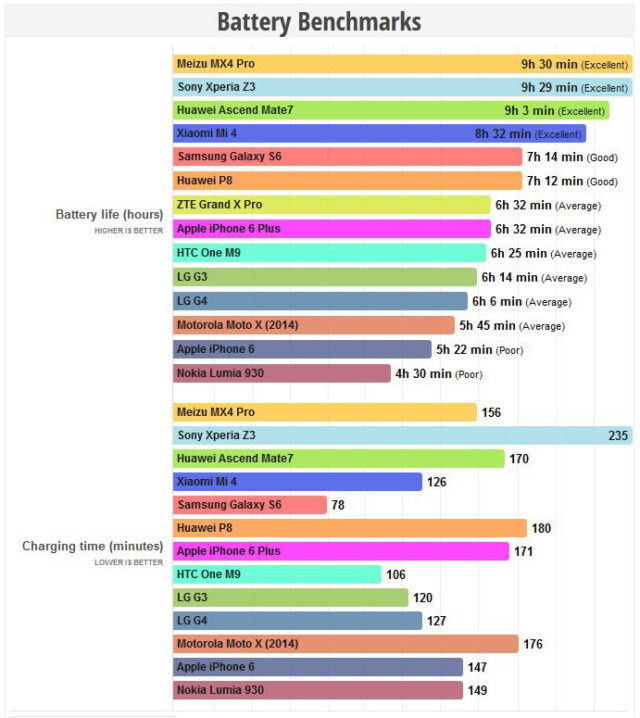