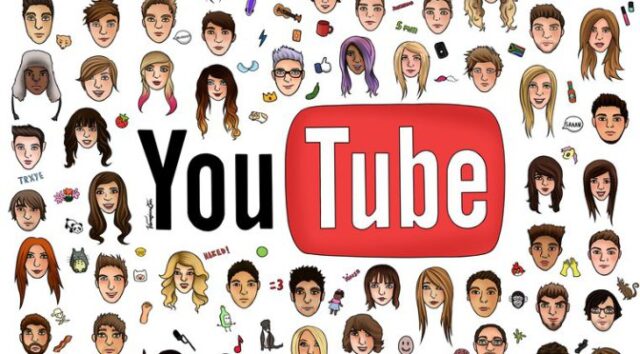 YouTube has become an irreplaceable part of mainstream culture that provides high-quality videos to users all over the world. Even the people who don’t use the Internet have heard of YouTube, because, like Google, it is one of the most popular places on the Web. While in this article, we will show you the latest YouTube facts with the aid of an Infographic.

Most popular video sharing platform in 2020

The latest YouTube facts show that approximately 1 billion hours of YouTube videos are watched each day and 500 hours of video content are uploaded to this platform each minute.

These facts and statistics clearly indicate the popularity of YouTube, the staggering amount of its daily users and its role in the everyday lives of people all over the world. The emergence of Smartphones has increased the accessibility of this video sharing platform, even more, because today anyone with an iPhone or Android phone can watch music videos or any other kind of video on their phone.

40% of all videos on YouTube are watched from mobile devices in 2020, which speak volumes about how many people use the second largest search engine on the Internet while they are away from their desktop or laptop computers.

YouTube has changed the way we think about videos forever and its future appears to be bright, however, at the beginning, things didn’t seem as promising as they do today. 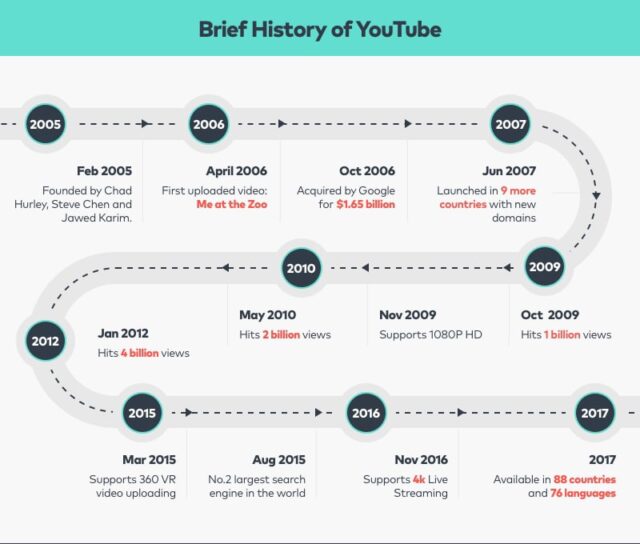 A little over a decade ago Steve Chen, Jawed Karim and Chad Hurley activated the www.youtube.com on February 14, 2005. Only a few months later, Jawed Karim uploaded the first video called ‘Me at the Zoo’, and by November YouTube got its first video with more than 1 million views.

The first video on YouTube with more than a million views was a Nike commercial that featured Rolandinho one of the biggest football superstars in recent history, and it was posted in November 2005.  Only a year and a half later, the company reported that more than 65,000 videos are uploaded to YouTube each day.

However, by the fall of 2006, the company was acquired by Google for $1. 65 billion, and the purchase solidified its position as one of the largest platforms of its kind. In October 2009, YouTube has reached 1 billion views and less than a year later, in May 2010, it hit 2 billion views.

As the Internet became more common and more accessible YouTube grew in popularity, but until the end of the first decade of the 21st century, YouTube still wasn’t quite what it is today.

The Rise to Stardom

As early as January 2012 YouTube has hit 4 billion views, thus breaking all records set in the previous decade. As new video technologies emerged, the world’s most famous video sharing platform kept evolving and adjusting to the latest advances in digital technology.

4K streaming or 360 VR video uploading are only a few options supported by YouTube, that enable its users to utilize the latest technologies in order to produce their videos. 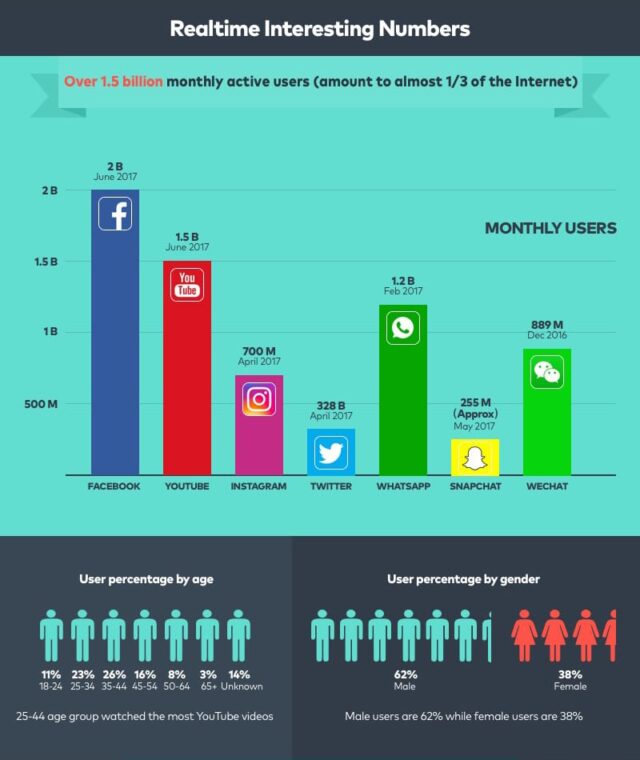 Today, almost one-third of all Internet users on a monthly level are also YouTube users. The latest research has indicated the facts that in June 2017, YouTube had 1.5 billion active monthly users, next to Facebook, which had more active monthly users with 2 billion.

These numbers present all-time high, but it is reasonable to expect that they will continue to rise given the amount of video content that is being produced and uploaded to YouTube daily. 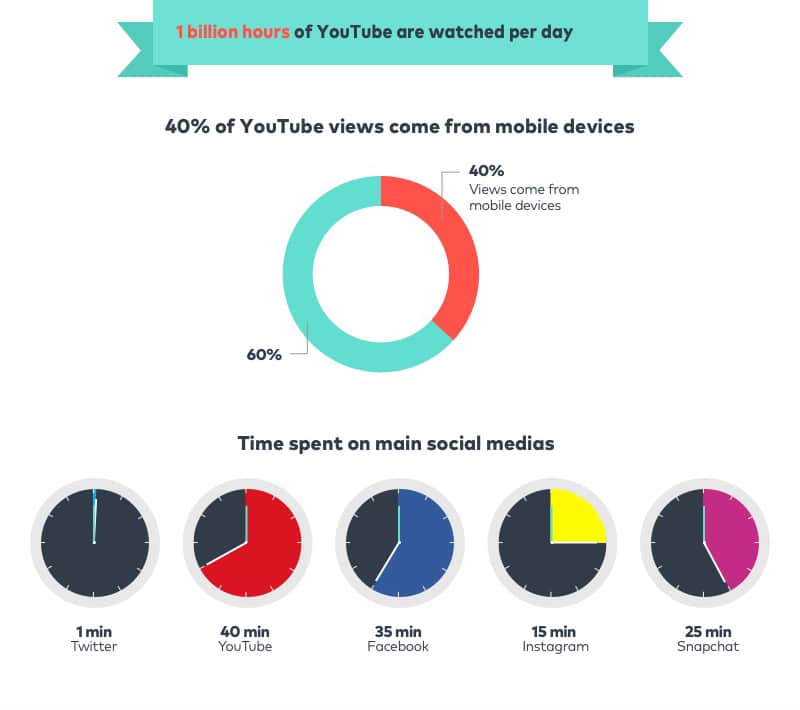 During a single day, an average internet user spends around 35 minutes on Facebook, 25 minutes on Snapchat and around 15 minutes on Instagram. According to the infographic, internet users spend more time on YouTube than on any other website, around 40 minutes per day.

These statistics show that, contrary to the popular belief, YouTube is not most popular among the young generation, and that young adult and middle-aged people are the most frequent users of the world’s most popular video sharing platform.

Check the complete Latest YouTube Statistics Infographic below, which is designed by Wondershare Filmora. Filmora is a video editor application, which allows you to make a professional look video easily. If you are looking for alternatives to YouTube Video Editor, do not miss the ultimate guide to YouTube video editing tools.