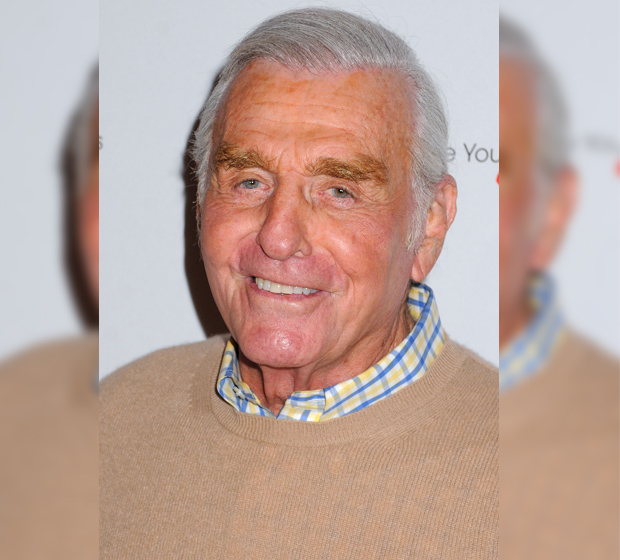 Jerry Douglas, the legendary actor who plays the patriarch John Abbott on Young And The Restless, tells RumorFix exclusively, “I think Bill Bell [the creator of Y & R] would be turning in his grave” because of the show’s groping scandal.

Jerry, who was killed off and returns to the show twice a month as a ghost, says, “It’s sad to see the publicity coming out of this upsetting situation.”

The 81-year-old says Michael Muhney (Adam Newman), who was fired for allegedly groping Hunter King’s (Summer Newman) breasts, “was very respectful with me telling me how much he admired my work and all of those nice compliments.”

But, the daytime icon says, “I watched him work a couple of scenes with Eric Braeden [Victor Newman] and there were a lot of battles that went on there that were unnecessary. Eric is an old pro and does good work. This guy seemed to be high strung and emotional. He would just blow up in the middle of the scene for things that aren’t that important.”

He continued, “Eric told me this [heated arguments] has been going on for a long time … I know the producer has had meetings with him because I saw Michael walking out looking upset.” Jerry says Sony and the producers showed tremendous patience by not firing his long ago.

On the other hand, Jerry says, Hunter “is an adorable girl” The actor, who has been on the soap for 25 years, says, “To do a thing like that to a woman is despicable and unacceptable. It’s sad.”