Home Daily Infographics Is Technology Really Bad For Your Sleep 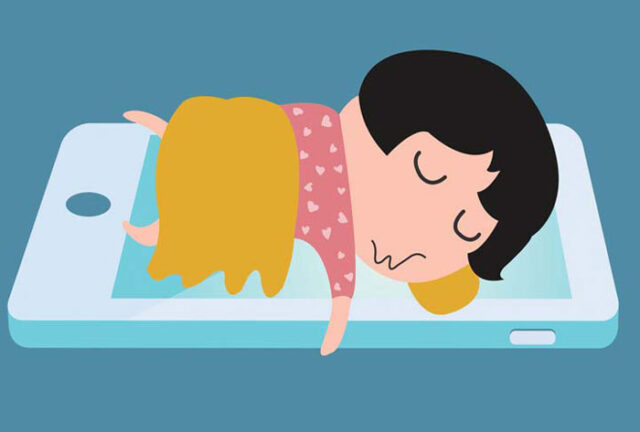 Lets be honest. In 21st century electronic devices are big part of our everyday lives. So it’s hard to put them down even when it’s time to go to bed. Although there are many positive sides to using technology of course there are also negative effects. When you put your smartphone next to your bed on nightstand it seems like nothing bad is happening. But as you sleep, technology is affecting your brain in many ways, some you don’t even realize. When you are doing this or surfing online, playing games on consoles, you are cutting yourself from having good sleep and night full of rest. Lights from screen devices are bad for your productiveness of melatonin, and that hormone is in control of your sleep rhythm.

When you constantly use devices in bedroom, you create a feeling of a place for working or studying and not being place for sleep. Research made clear that large number of people are using devices few nights in a row for a week, between 1-2 hours before going to sleep. You would probably think that it’s nothing bad for your health if you send few emails before going to bed. Technology can make your brain think it needs to stay awake even when you’re feeling really tired. And if you see or read something negative online it can impact your sleep by making it harder for your mind to relax. Children especially are risking health issues, around 72% of them, aged 6 to 17 are having some kind of electronic devices, so they take less sleep before going to school which is really worrying parents. If a child is using smartphone to play some violent game it could see bedroom as some kind of entertainment zone, rather then sleep room. It would be best if people could take out all the devices from their sleep environments. It doesn’t mean that just because you are not using device before sleep it doesn’t hurt you while sleeping as it sends various signals and keeps your brain in totally opposite way of how it should work when being in sleep mode. 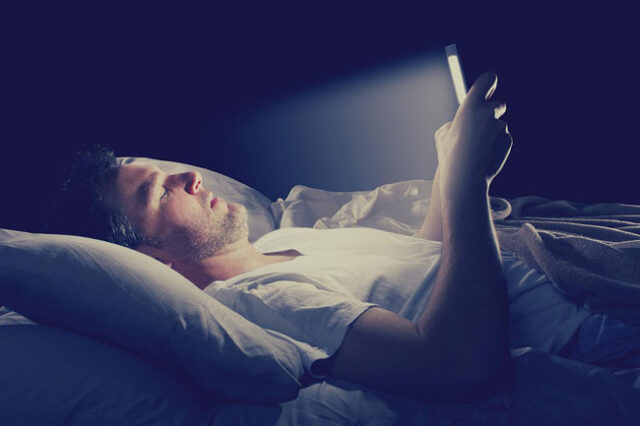 Many people turn on their computers just as they woke up. They don’t even wash their face from sleeping but already watching through the screen. There is also a feeling of anxiety in some people. They feel the need to stay connected on Facebook or other social media websites all the time. Just as they signed out, 15 minutes later they will think someone wrote to them and they will check the chat for any messages. If you really depend on devices before going to sleep or when you woke up, make sure to have some distance from screen and turn down contrast as low as you can. Did you knew that students loose 45 mins of sleeping each night as they check for messages or answer phone calls.

You can reduce anxiety and sleep disorders by following some of these suggestions. It will help your brain to work more effectively and enable you to drift into sleep more better. During your day, try not react to every message or sound from your Facebook or smartphone, rather turn off all of your notifications. Stop with using your device at least 1 hour before going to sleep, when you remove all devices from room turn off the lights so your brain starts to produce melatonin. It’s so much better to read a good book or listen to music that makes you relax. Even thought technology devices are gifts that keep us connected to information and other people, sleep is too important for our health to risk it cause of the need for technology. Devices should not control us, we should control them.