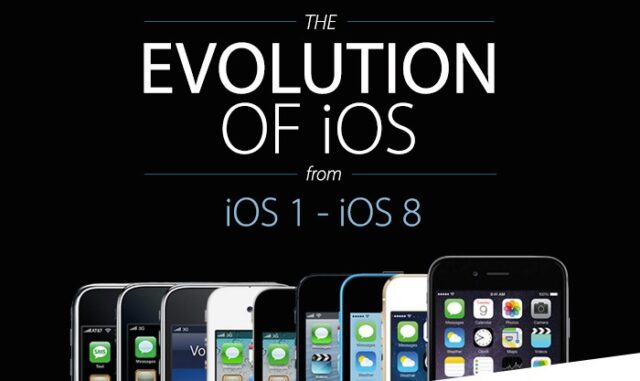 We all love Apple iPhone, right? Okay, maybe there are people who don’t like it but you still have to appreciate its features and design. And especially it’s OS named iOS. When you compare the first iOS with the one we have today you can really notice how much it improved and advanced. Everyone was excited back in 2007 when Steve Jobs presented the original iPhone with touchscreen display. iPhone should have been a real revolution back then but the only thing that was innovative about it was the display. The phone didn’t support 3G, multitasking, you couldn’t edit Office files and the system was locked so developers couldn’t access the code. In that time BlackBerry was very popular and iPhone was just another phone that shouldn’t get much success. And while every other phone manufacturers focused on specifications Apple wanted to develop operating system that will be fast and stable. And they did it with iOS.

In this article I present you a complete history of Apple iOS that people with iPhone use today.

iPhone is born. In the middle of 2007 iOS 1 was presented on iPhone 2G device and its main features were Safari browser, iPod, Maps and multitouch gestures. Apple also introduced “Springboard”. That was the option to return to home screen when you press “Home” button twice. After that iOS got large number of updates that brought better features like multitouch keyboard and iTunes Wi-Fi Music Store that allowed users to shop for songs directly from the device. Another update got TV support and an option to edit the home screen. But market developed very fast and Apple decided to take a step further with their own operating system.

And because of that we got iOS 2 in the middle of 2008. This version brought Apple App Store, small innovation at first that brings Apple a good money today. Third-party apps were already familiar at that time but Apple convinced developers that their App Store is better and different from others and that opened a good opportunity for lots of developers. That’s why we got Rovio and Angry Birds. Apple also included everything in the App Store. Some apps were downloaded from other web stores and there were times when they didn’t work because of that and since then Apple users had the option to install all apps for their phone with just one click.

Another big thing about iOS 2 is SDK. SDK are tools for designing applications. With that tool first 3D games appeared and applications became better and offered new features. SDK also meant a larger number of developer which meant that apps were cheaper. For example, some application that used to cost $50 could be bought for $5 after the introduction of SDK.
iOS 2 also got some updates that gave better battery management and fixed some bugs. 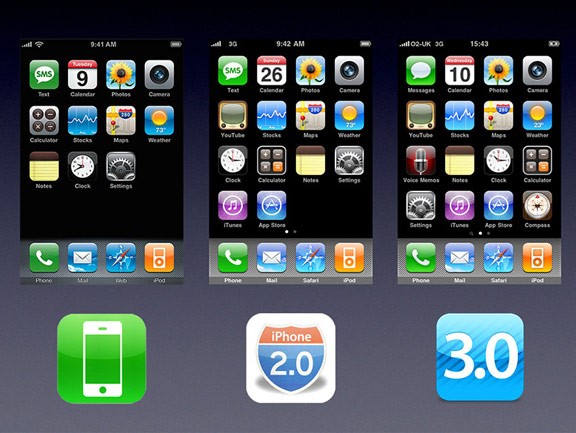 In June 2009 Apple held a big conference where he introduced its iPhone 3GS. But not only that, Apple also presented new version of iOS called iOS 3. This new version was a real hit amongst fans because it brought everything that the fans wanted. Copy and paste options, content search, Push notifications from apps and lot more. Some of other new features were video recording, horizontal keyboard and Bluetooth or USB internet tethering.

Apple also presented “tap to focus” option in his Camera app. That feature was a possibility of automatic image sharpening. Apple users also could buy movies, TV shows and books over iTunes. Some parent protection features were introduced and some other options were also introduced. In that same time Apple was preparing a launch of the first iPad. iPad was the device that was a big news in mobile and PC industry because it offered users a completely new experience of internet browsing, gaming and applications. Since then iOS became operating system for small and large screens. 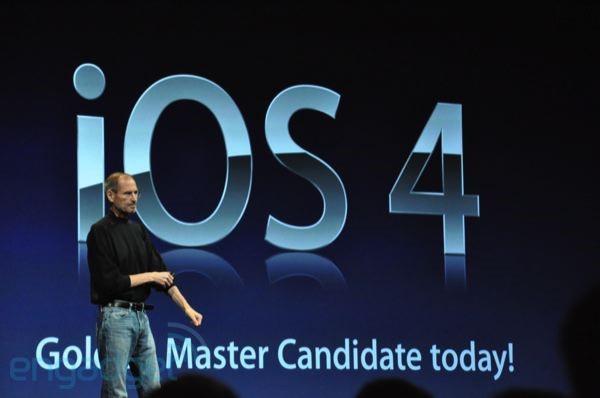 The fourth version of iOS in 2010 brought another set of great features like the multitasking bar, Wi-Fi tethering, text checking, Exchange accounts support and FaceTime. This version of iOS also came with retina display which had camera on the front side. Retina display was a real innovation back then and it offered developers to make better and quality applications. Updates of iOS 4 brought some interesting features like Game Center, iTunes Ping, HRD photos, personal hotspot and lots of other stuff.

The best version or the biggest update of iOS system was this one, iOS 5. Retina display and some interesting features in iOS 4 combined with amazing stuff on iOS 5 meant that this OS would blow minds of its users. We are referring to Siri, of course. Siri is a personal assistant on iPhone that helps users to find locations, information and lots of other stuff just by saying the question to Siri. Apple also introduced a notification bar that allowed users to deal with all notifications while doing something in another application. iOS 5 also came with iMessage, a service that allowed text messaging for all iOS fans. And all iPhone users finally got an option to update their OS without connecting the device to PC. Another important feature that came with iOS 5 is iCloud. iCloud offered easy synchronization of your contacts, pictures, mails and easy backup of all settings and data.

Some of the other features of iOS 5 are easy access to Twitter, volume button, Reminder app and Reader app that allowed easier reading of web. 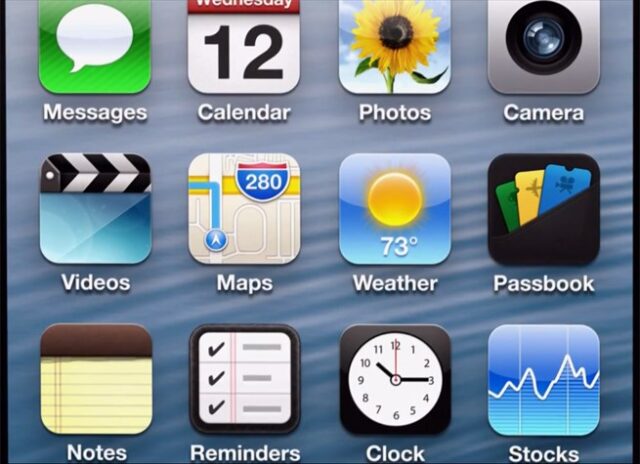 In June 2012 we got iOS 6. Apple decided to kick out Google Maps and introduce their own. Apple Maps were nice, but had a lots of bugs and in the end they failed with that. Lots of users searched for an alternative to Google Maps before Apple decided to return Google Maps to store. iOS 5 got a great integration with Twitter and in iOS 6 we got integration with Facebook. iOS 6 didn’t bring lots of other new stuff but it did bring a large number of updates. Some of the most important ones were updates for Siri, Notification Center and Passbook.

iOS 7 came with the new set of phones like iPhone 5s and iPhone 5c. Apple also decided to update all iPhone 5 and iPad 2 devices to this new OS. iOS 7 brought some changes in the Apple department. Scot Forstall decided to leave Apple and Jony Ive became a new leader of human interface department. Ive decided to make a new user interface for iOS 7. Old icons were gone and iOS 7 had more transparency, color and used flattened graphics. Some of the great new features of iOS 7 are Control Center which allowed easy access to most settings and AirDrop feature which allowed users to share their photos, videos and all other files on much easier way. Camera also got improvements in iOS 7 because of a new Camera software. It got large number of filters and modes. Multitasking also got a large improvement and it was easier to switch between different windows or apps which saved time.

And then in 2014 we got iOS 8. With this update Apple decided to bring even more features and tools for developers so they could develop better applications. iOS 8 introduced widgets for the first time in iOS. In this new OS users could also make a direct action to notifications. For example, you could comment on a Facebook directly from notification. Apple also worked a lot under the hood of the new iOS. For the first time iOS users were able to user third-party keyboards. Another great update was given to iCloud Drive and Photo Library. iCloud is growing a lot and with this new update users were able to access all the files on all devices. For example, you could access files you uploaded from iPhone on Windows PC. Photo Library now supports automatic synchronization of every photo and offers more search options. 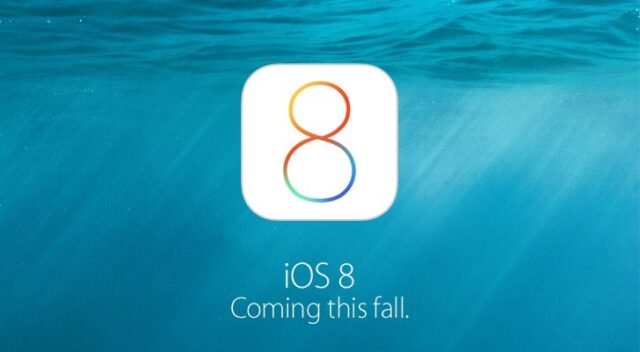 HealthKit was also a new stuff in Apple iOS. This application offered you to keep track of every fitness activity in only one place. Besides HealthKit, Apple also introduced HomeKit. This presents a way to use your iPhone as a remote control for your home. Home automation is becoming more and more popular and now Apple is offering an easy way to control everything in your home.

Siri was introduced in iOS 5 but it wasn’t exactly the best then. Since iOS 5 Siri got a large number of updates and today it is very smart and it is getting smarter. You can make a purchase on iTunes with Siri, connect Siri with HealthKit, recognize song with Shazam and lots of other features.

Apple obviously thought a lot about families with iOS devices and upgraded the option to share photos, calendars and lots of other stuff on multiple iOS devices. That also means that parents could block some purchase their kid made.

iOS 8 was the last published OS from Apple. We already got some rumors and information about iOS 9 that should get here very soon.

iOS 9 should be presented in about a month, but what should it bring? Well, from what we read so far we can say that iOS 9 will focus on intelligence a lot. iOS devices could learn your habits and then based on that act before you even click something. For example, open apps you need before you actually open them, recommend you some places before you even ask and lots of other stuff. iOS should also bring a lot better Siri features and better search options. Apps and services should also be better and lots of existing great apps should receive their update to make them even better. iOS 9 should be released on September 19th so we should wait that date to be sure about what it brings to us.