Home Internet How Does The Internet Operate All Over The World?

The internet is a groundbreaking invention, which brings information, entertainment, commerce, banking, and the ultimate control into your hands. It allows you to make the best use of your time, resources, and energy.

For instance, just by sitting on your favorite couch, you can order groceries online, pay overdue bills, compete in PUBG, take virtual lessons, store files on the cloud, command the smart vacuum cleaner to sweep your house clean, and accomplish multiple tasks in one go. You can even acquire faster network speeds and greater data allowance if you know where to look. See this page to explore ISP offerings that may be right up your alley.

However, do you ever stop to think about how it works and how it operates all over the world? I bet you don’t because the sheer technicality of it is enough to dissuade anyone from digging into it further.

Yet, understanding how the internet connects your computer to your friend’s computer across the ocean gives you a visible upper hand. It allows you to optimize your network and make the best use of it. So, are you ready to discover the secrets that power it? Let’s dive in.

What is the internet? The internet is a group of interconnected computers that come together to create a network. This network can be local or international, depending on the state of broadband in your area.

Think of the internet as a series of interlinked highways that connect continents. Your vehicle travels on a certain highway, along with other vehicles, at a certain time to reach its destination. This is how information is transmitted over the web, which collectively links all the standalone computers in the world to form a global network.

What does the internet do? It works quite a lot like your postal service. The post office receives letters and delivers them to the right addresses. Its job is to handle the mail and pass it on with pinpoint precision. No questions asked. Similarly, the web moves information between specified addresses.

This information is computerized in a binary format, which is called data. Generally, the internet pushes this data, which can be anything from a webpage to an email, chat message to an MP3 file, along the best route to the recipient, dispersing information with two-thirds the speed of light.

What is the internet made of? The internet is not a sole entity, which magically connects you and your friend across international waters in real-time. Handling millions of information requests and delivering data within milliseconds is not a one-man job.

Rather, the web is an organization, where several units perform their designated functions to make this next-level connectivity possible. What are these units or components, which create the internet infrastructure? These are:

Packets – The data that travels over the internet doesn’t move as a whole. Instead, it is broken down into tiny pieces, each tagged with the destination address, to make the information routing easier. These tiny pieces of data are called packets.

Clients – A computer that requests information on the internet and receives it from the right server is called a client. All your devices through which you head online are clients. There are billions of client computers connected to the network as of today. Clients need to pass through the ISP to access the internet.

Servers – A computer that stores information on the internet and passes it on when requested is called a server. A server that holds ordinary documents is a file server, one that holds email is an email server, and one that stores website pages is a web server. The internet consists of millions of servers, which are directly connected to the web.

Router – A router is an intermediary device, as well, which routes the traffic between the internet and your local connected devices. It receives internet signals from the modem via an Ethernet cable connection and translates them into Wi-Fi. A router is your wireless gateway to the web.

IP – Internet Protocol or IP is a set of rules, which dictate how data packets can be given IP addresses (numerical series of digits separated by dots) and sent along the right routes on the internet to reach their destination. Every connected computer on the internet has an IP address, which makes sending and receiving information easier.

DNS – Domain Name System or DNS translates the domain names on the internet like “www.google.com” into their IP addresses like “8.8.8.8,” so your computers can read them and load the data for you.

TCP – Transmission Control Protocol or TCP is a set of rules, which govern how the data can be broken down into packets, how they can be sorted and moved back and forth between connected computers, and finally re-assembled at the endpoint.

Together, the TCP/IP mechanisms control how information travels on the internet, between clients and servers. These mechanisms are managed by ISPs, their last-mile connections (cable, fiber, DSL, or wireless), data centers (rooms full of servers), and backbone (long-distance networks that connect users to data centers).

How does the internet operate? It is a seamless process of breaking down, directing, and re-assembling data. Suppose you send a message to your friend through an instant messaging app. Your message is broken down into packets and made ready for routing by the TCP software in your router.

After that, the data packets, marked with the destination address, are launched on the web by the IP configuration of your modem. The packets leave your house at this point. From the modem, the data packets travel to the ISP server through your last-mile connection.

The data packets are re-assembled by the TCP in your friend’s router, and it finally displays your message on your friend’s device. All of this is done within seconds, so you don’t face a lag. This is just one of the ways data moves on the web. There are countless other possibilities.

The Internet: Connecting the Globe

Who owns the internet? No one and everyone. Yes, each country has its own set of computers, which interlink to create the internet. This local network connects the users of a region. But, what about continents?

Traditionally, long-range cables are installed on the ocean floor to bridge the distance between continents. Currently, Space X’s Starlink plans to connect the entire globe with low-orbit satellites that may render cable connections extinct.

All around the world, the internet operates in more or less the same way, as discussed in detail above. Several components interlock to power your daily online activities, including browsing, streaming, gaming, and so much more. 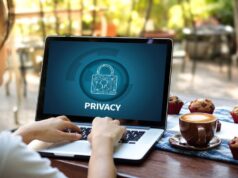 7 Best Ways to Rank for Long-Tail Keywords on Google