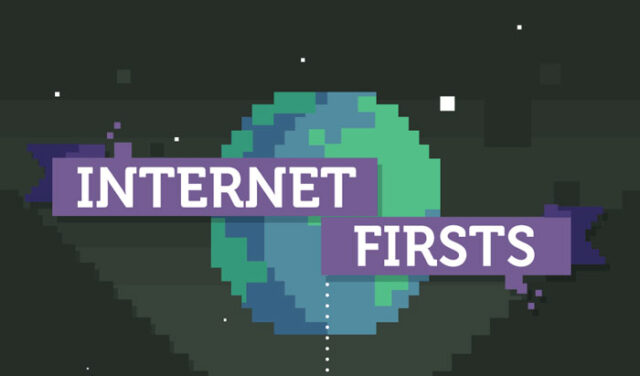 Internet has revolutionized communications and computers like nothing else before. Internet is like a representation of how something can be successful if you sustain commitment and investment to develop and research infrastructure of information. But, have you ever wondered what are the first things that ever happened on Internet? You probably want to know what was the earliest song downloaded or what was written in the first tweet? Today it’s like a second nature to send emails or order almost anything online, but once this was a very desolate and different place. Let’s comb through some of the most interesting firsts on internet.

The first uploaded photo ever was in year 1992. It was the shot of Les Horribles Cernettes. Its a comedy band from CERN Switzerland laboratory. Tim Berners Lee and his workers were developing world web and after they made updated version that had photo support, they wanted to test it out so they used this backstage photo that Tim took at one of their shows.

The first e-mail ever was sent back in the 70’s, actually in 1971. It’s also famous because it was first time ever that @ symbol was used in mail address for separating the user name from users machine. At that time Internet as we know it today haven’t even existed yet, it was his predecessor Arpanet.

There is also first mobile phone that had internet access. It was Nokia 9000 Communicator model. It was launched in 1996 in Finland, but prices were very high and first access to Internet was very limited because of it.

Remember that guy with the first uploaded picture ever ? Well, he’s also responsible for the first webpage on Internet . It was in the late 90’s. The domain name was info.cern.ch and it ran on NeXT pc at CERN. The page contained information about the project of world wide web.

The first item that was sold on Ebay was back in 1995. When eBay was founded it was called AuctionWeb. The item that was sold was laser pointer, but broken and the price was $14.83. When the buyer was asked via email if he was actually aware that this laser was broken he replied that he collects broken pointer lasers.

Since Youtube is so famous I have to mention what was the first video ever uploaded on that service. It was uploaded by co-founder of Youtube, Jawed Karim in 2005. The video is called “Me at the zoo” and it shows him in the zoo of San Diego. It is still available for viewing.

Do you know what was the first post on Twitter? It was the message from Jack Dorsey who’s also the man who came up with idea for that social platform. The message was ” just setting up my Twtter ” in 2006.

The first song in digital form that was available for download was from band Aerosmith and the track was called ” Head First”. Remember that this was back in 1994 and speed of connection was ultimately slow. It took computers almost 90 mins to download song.

Amazon is one of most famous services for buying books, and the first book that was sold was called Fluid Concepts and Creative Analogies : Computer Models of the Fundamental Mechanism of Thought, and this is the book that actually started the service back in 1995.