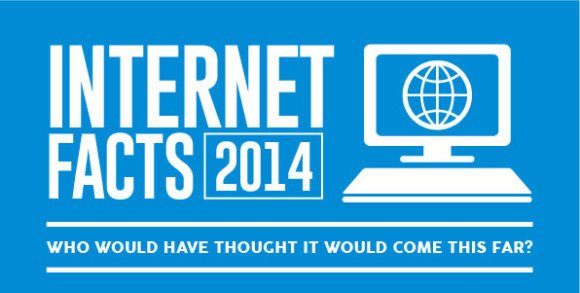 The Internet is now present everywhere, and we just got used to life where we use the internet on a daily basis. Think that you find yourself in a situation where there is no internet connection a day or more – would you manage to endure there? Some might have a great time, others would fall into a deep depression… Anyone would react in their own way, but sooner or later they would all wanted to go back in the environmen where the internet connection is stable.

While you are on the Internet every day for several hours, we assume that you may know very little abou Internet. The way we experience the Internet really changed since the times when it was still in its infancy, but so far when it was grown up. Every day the internet scene is increasingly crowded and growing, and it brings with it a variety of facts that become fascinating. Below you relate an interesting infographic where you can see some interesting facts about the Internet today. For example, did you know that in North America use the internet almost 80 percent of the people? Also, are you aware of the fact that nearly 20 percent of married couples their relationship began just on the internet? If you want to know the answer to another questions, take a look at the infographic below, and learn something new about the Internet.