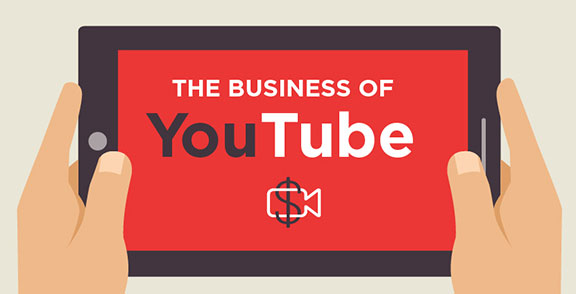 If you want to listen to music, or look at an interesting video, you will certainly go to YouTube, although there are several similar video services on the Internet, none of them has achieved that great success. YouTube was created in 2005 and from that time until today the number of visits to this page skyrocketing, as shown by the fact that, after Google and Facebook, YouTube is the most visited page. The first video was released in April 2005 titled “Me at the Zoo”.

A year later, Google bought YouTube for 1.65 billion dollars, but it the beginning they were losing half a million dollars a month. However, Google has seen the potential for profit from advertising. In the first three years on YouTube are viewed over a billion videos per day.

Did you know?
YouTube began as online dating service. Whatever opinion you have on the that kind of sites, they are still very popular. One of them, at least initially, was a YouTube, but shortly thereafter it re-oriented to the video service.

The content that is published daily on Youtube together would be last for 12 years. According to the latest statistics on YouTube servers is more video than it’s ever been done in the history of modern man. Even if you spend your whole life to watching YouTube videos, you would not reach even one percent of what is there already set.