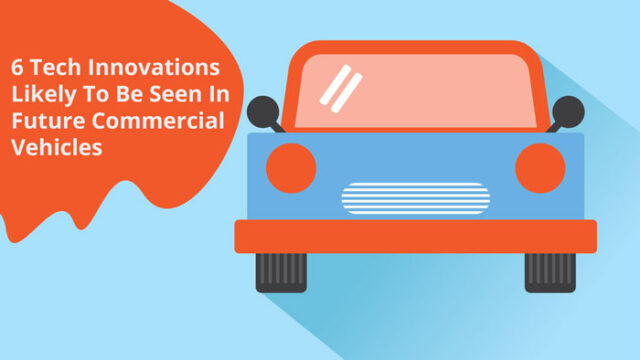 Everyone is starting to be familiar with new innovative gadgets, devices and personal vehicles that are fuel efficient, but there are companies that are constructing and creating new kinds of trucks and vehicles in the background. Transportation on the surface is the blood of commerce in many countries. Bringing various goods in market stores each day, we are all relying on vehicles. The auto industry is always bringing up some new technology whether it’s just for entertainment, pure innovation or for safety reasons. Some of the newest innovations are really exciting and could totally reshape the way human transportation is working in general, thus revolutionizing car industry. People are curious to know what’s in a store for all the future vehicles. Well, based on what is going through the testings there are some great ideas that will probably go for massive production.

Car manufacturers around the world are considering technology that would allow future cars to communicate with objects around them and each other. Imagine you are in a car and another car runs through the red light, first you don’t see it but you are getting signal from that other which is going directly in you, warning you of the possible crash, or even better your car hits the brakes to avoid it. This type of technology is already being tested by Ford manufacturer. It works with the power of wireless signals that are sending information in both directions of vehicles getting data about speed, direction and location. Displays and GPS in car is great but, near future will bring us vehicles that are going to be able to identify everything that is in front of a driver, and that information will be displayed on car’s windshield. Remember the Terminator movies? Well you know the scenes where robot can look at object or a person and instantly see all the information about them.

We have airbags in cars for a long time. But the Mercedes company is trying to make airbags that will be put underneath the car stopping it before crash occurs. They would serve to slow down the stopping power of car by double. I think in about 30 years from now, many of coming cars will be hybrids. But those type of cars are running on batteries and they can be heavy taking up lots of space. This is where technology of body panels for energy storing steps in. Manufacturers in Europe are testing and researching car body panels that would be able to charge faster and store more energy. They are created of carbon resin and polymer fiber which are strong materials. If cars start to use those panels they would reduce vehicle’s weight about 15%.

Toyota is one of the companies that is serious when it comes to this as they plan to go even step further creating solar panels that could actually capture energy from sun and store it for car. I think there are going to be many new innovations in the field of automotive technology for self driving cars in next decade. Some of them will give us information like never before, some of it will keep us safe and some will let us just enjoy the ride.