More and more people worldwide get news online than from newspaper,TV or radio, following infographic shows. Almost half (49,9%) of the news readers hear about the breaking news story from social media before it appears on any official news source.In other words, for nearly half of the internet users, social media has far surpassed newspapers and has equaled TV as a primary source of daily news. According to infographic only 34.7% of news reach audience in newspaper or other printed source format. With constantly growing mobile internet usage, enormous amount of news apps on app stores and frequently updated content on the worlds leading news sources, read and share breaking news is easier than ever before.Scroll down social media & news infographic and find out more interesting facts. 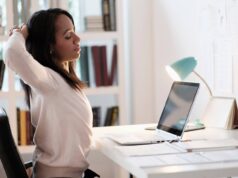 How to Survive the Workday if You are Exhausted – 2020 Guide