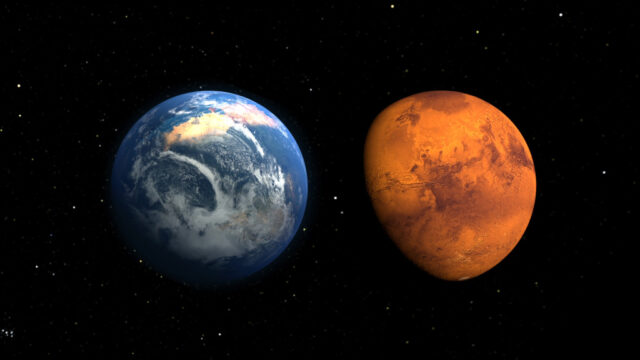 There is no question that humans will try to go to Mars within the next 10 years. Many nations and companies are already working really hard on launchers and spacecrafts to achieve this almost unrealistic mission. So, why to try living on Mars if we can live here on Earth? Well, technically speaking, we can’t. If we are planning to live there, we should form the place and live under the domes. Mars as a planet is totally different environment then ours. It is hostile, combined with intense radiation levels, atmosphere that is no breathable and on top of that extremely cold. But, if we as a human race want to further expand into Solar System we will have to find a way to live there, and I think we are capable of it. Many people don’t share the opinion that we should force going to Mars because we have everything here on Earth. So what are the reasons to go there?

Let’s face the truth. People are curious by nature, and humanity needs and wants to go there, no matter what type of obstacles are in front of us. First of all, there is a feeling of spirit of exploration, exploring new great frontier and setting our foot on new worlds, like astronauts of Apollo did in the early 70’s. If we want to create a backup location in case something terrible happens on Earth, we have to go there. Who knows, maybe in the future life on our planet becomes untenable. We can also search for more resources such as precious metals, or even water. I think with that being said, the planet Mars is our next natural destination. Mars can also provide us with its local support, or raw materials. One of materials that covers the planet’s surface is regolith. It can be used for creation of concrete and there are many caves around the planet that could be transformed in underground places that people could go to protect from Mars radiation.

One of the individuals who is most interested to pull of achievement like this is Elon Musk. With his SpaceX company he aims to help humanity by designing landers, rockets and all required equipment for supporting mission like that. His wish is to build a real colony on Mars with around 80,00 people, which I think is a great idea cause Mars is second most habitable planet in our system. If we even think bout surviving the cold and air pressure, we will have to live in heated and pressurized habitats. Also, every time you go out you will have to wear a spacesuit. Every hour you spend on planets surface you’re adding exposure to radiation and I don’t even want to talk about all health complications and risks it brings. For staying there for a longer term, we need to find ways of extracting water from underground. When we deal with that, its logical that we have to consider food sources. There’s an option for sending packages from Earth, but it will surely come with heavy price.

Since it’s unrealistic to ship food regularly, we will need to start producing our own food. What’s interesting to know is that soil from Mars can be actually used for growing plants once you add specific supplements and remove some of its chemicals. In order to really thrive on Mars, you have to be a brave adventurer. All of this can lead to genetic modifications that could help future generations with adapting to higher radiation, lower air pressure and low gravity. Even though we are not there yet, I think that history had already showed us something about real human challenges. Once again, I hope this mission will bring best in all people so we can turn what seems like an impossible dream to reality.