Home Daily Infographics How Virtual Reality Will Change The World 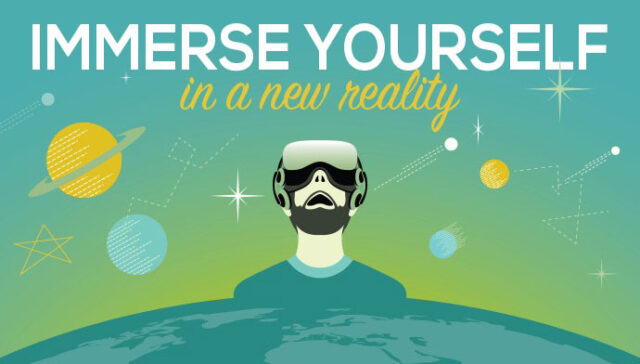 Virtual reality has recently been a hot topic in the public and the media, which is not surprising, given that this technology we used to see mainly in sci-fi movies, is slowly but surely becoming part of our everyday lives. This can be attributed to companies like Facebook, Oculus, Samsung or HTC, who are working hard on the popularization and commercialization of virtual reality technology.

According to predictions of a leading Japanese scientists, virtual reality could become the most powerful medium that humanity has ever had available. Inspired by futuristic visions of science fiction and technology, companies invest millions of dollars on the development of virtual reality, and according to forecasts of analysts from Goldman Sachs, this industry by 2025 may exceed to 80 billion dollars. Presented solutions, that we had the opportunity to test, promises a lot, and what the future holds remains to be seen.

The rise of interest in virtual reality

We have to admit that we are saturated by “novelties” because in the last five years not much has changed. It is not surprising the fact that for example, the iPhone sales after nine years of explosive growth drastically decreases. Consumers want something new and so far untested. This is why the leading companies turn to virtual reality systems and investing piles of dollars in research because they believe that it is our new future. It is an “open secret” that Apple has hired well-known researcher at virtual reality – Doug Bowman showing that their interest in VR is big.

The system of virtual reality, for now is applying in the entertainment industry and gaming, but very soon, some other industries will be able to benefit from it, like interior design, automotive and other providers of products and services. Just imagine being able to step into the hologram living room or take a walk through your new house before it is built. It sounds very interesting, but in the foreseeable future will be feasible. Find out how VR will change the world in infographic below: