Home Finance How To Travel Through Argentina At Half The Price

There are a lot of reasons to visit Argentina` right now — whether it’s for tourism purposes or remote work. The country is filled with scenic wonders, from the Patagonia mountains to the Iguazu waterfalls, but there’s another overlooked reason to go to the southern country: a currency exchange rate that’s highly in your favor if you have US dollars or Euros.

The Patagonia mountains, located in the southwest of Argentina, is a popular destination from December to March. This timeframe aligns with the summer season in the country, which makes outdoor activities doable in Patagonia.

Foreign visitors (with dollars and euros) could effectively visit Argentina and everything it has to offer — sizzling steaks, tango dancing, scenic sights — at a 50 percent discount. Half off! Folks, a deal like that rivals anything else you’d find online, including hitting a mini-jackpot at sportsbettingsites.

But how, you ask? Welp, that’s what we’re about to explain in this article. By the end of it, you’ll know EXACTLY how to go to Argentina at half the price using the “blue dollar.”

What is the Argentinian blue dollar?

There’s the official exchange rate and then there’s the (unofficial) blue dollar exchange rate. The difference between the two is staggering — and as you can guess, the latter is where the 50-percent savings are.

Let’s use the US dollar as an example. Officially, $1 is worth 109 Argentine pesos right now. But on the blue market, that same dollar is valued at $198 pesos — a difference of $89 pesos (and over 80 percent). Both currency rates change daily, but the blue rate is typically double that of the official one.

If you recall, we used the term “unofficial” to describe the blue rate. That’s because you can’t walk into a bank or use a cash ATM and ask for this rate. You’ll have to go through other means to find that rate — means that might not be, strictly speaking, legal but are commonplace anyway. And no, we’re not trying to set you up to be imprisoned in a foreign country. The blue rate is deeply ingrained into the local culture, so much that the number is publicized in news media like television or the paper.

How do I get the Argentine blue dollar?

For those holding US dollars and euros, you’ll want to bring ‘em on your trip. Lots of ‘em, in fact. That’s because you’ll be swapping these physical bills for the blue rate.

As we said before, this is not something you’ll go through a regular bank with — that is, unless it’s a Western Union branch. To our knowledge, this is the only service that openly exchanges for the blue rate in a 100-percent legal manner. Once in Argentina, you’ll simply walk into a branch with your currency and you’ll be paid back with the blue rate (or very close to it).

But fair warning, not all cash bills are created equal. Using the US dollar as an example again, bills are valued differently. The $100 bill is the “cream de la crème” and is exchanged for maximum value at the blue rate. Once you bring $5, $10, or $20 bills into the equation, the rate drops a few pesos. So a single $100 bill gets paid out more than five $20, for instance.

Exchanging at Western Union is by far the safest and most “legit” way of earning the blue dollar, but it’s not the only way. It’s not hard to find independent money “dealers” that’ll do the exchange for you. These can be found by walking touristy streets — Calle Florida in Buenos Aires is one example — or asking a local if they know one personally. Handing bills to someone you’ve never met before can lead to troubles if you stumble into a “bad apple” so we can’t recommend enough to go through Western Union instead.

Can I get the blue rate without physical cash on me?

Yes, you can. Once again, Western Union will be there to save the day. You can send yourself money — from a bank account or debit/credit card — via Western Union then pick it up in a branch at the blue rate. This can all be done via Western Union’s site or mobile app so long as you set up an account there. Fees do apply (and vary by payment method and day), but they’re generally reasonable.

However, it’s not uncommon for branches to “run out of pesos” through this online method. There are stories of foreigners going branch to branch to pick up money only to be told they’re out of luck for the day. No such problem exists when you have physical cash on you, but online transfers are very much a crapshoot. Visiting a Western Union branch as soon as it opens increases your chances of cashing out, though.

Cryptocurrencies are another option. Given how many digital currencies exist today — on different blockchains — earning the blue rate via crypto could be an entire article in itself. However, in Argentina, exchange swaps are typically done via stablecoins that are pegged to actual currencies, such as USDC which is aligned with the dollar.

Fair warning, you will not be getting the blue rate when swiping your credit or debit card within the country. All transactions are swapped at the official rate. So again, we can’t emphasize this enough, cash is quite literally king in Argentina. No amount of credit card points can come close to the deals you’ll get using the blue dollar exchange.

Why does the blue dollar exchange exist?

Inflation within Argentina topped 50 percent in 2023 alone. Citizens have taken to the streets to rally against politicians responsible for the ongoing debt crisis in the country.

Last but not least, the why — how could this possibly benefit any of the locals when they “pay double” for a dollar? Well, it’s because the Argentine peso has been extremely devalued by inflation (which is 50 percent year-over-year) and internal turmoil inside the country. Therefore, many are flocking to more stable currencies such as the US dollar or Euro.

It’s an unfortunate situation for locals, but a golden opportunity for visitors. There’s no telling how long the blue exchange rate will go on. For all we know, this article could become outdated in a few years time. But for now, it’s one of the best deals available in all of travel. Believe us, Argentina is a marvelous place to explore — especially at a 50-percent reduction. 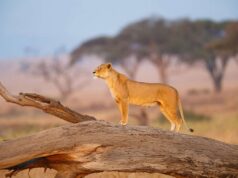 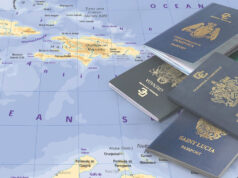 What Can You Do with A Caribbean Passport: How To Get It? 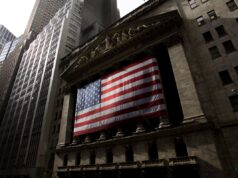 5 Best Countries For Americans To Move To From USA