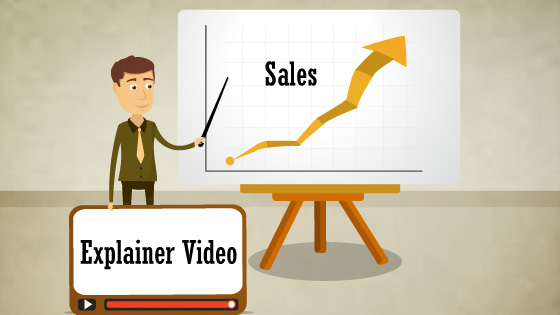 What is an Explainer Video?

Explainer videos are short online marketing videos used to explain your company’s product or service. This kind of videos, often placed on a landing page, your website’s home page, or a prominent product page, have become extremely popular.

Online videos are fantastic assets for a business. The question is – how to start using explainer videos?

Live Action Explainer Videos are non-animated promotional video explaining your business’s product or service. Examples of this include the Dollar Shave Club and PooPourri videos. Live action explainer videos are usually best for companies selling a physical product or people-oriented service, such as a restaurant, or consulting group.However, live action means you’re stuck to the confines of the real world – no magical unicorns whose enchanted horns can back up your data.

Animated Explainer Videos are the most popular type of explainer videos. Animation is often the preferred format for explaining services or intangible tech products like software. Some services involve few physical objects, making live action an unrealistic option. Animated explainer videos allow for more creativity, and are easier to edit or update when you want to make future adjustments.

Whiteboard Explainer Videos are explainer videos in which animation is hand drawn and erased on a whiteboard. This format of video has become popular due to its ease of operation and low cost, making it one of the cheapest types of explainer video to create.

Kickstarter Explainer Videos aren’t so different from a regular product or service explainer video, although they do tend to be longer. Browsing Kickstarter can be a fun way to see many examples of explainer videos.

How to Start Using Explainer Videos

The script is the most important element in creating a good explainer video. Your explainer video could have the coolest graphics in the world, and it wouldn’t mean a thing without a solid script to get behind.

The script is where you’ll need to spend the majority of your focus. It’s best if you write your explainer video script yourself (even if you choose to hire a production company). You know your target customer’s concerns and pain points better than anyone else, and the video is where those concerns need to be addressed.

It is recommended that your explainer video script follow this general outline :

Once you have a script, you’ll need a voiceover. Here are one of the best options :

Voices.com: This site has a large network of professional voice actors to choose from.

Craigslist: You can find just about anything on crazy Craigslist, including voiceovers.

Fiverr: You can get a decent voiceover for your explainer video for just $5 on Fiverr!

When it comes down to the actual creation and production of your explainer video options are :

Hire the professinal – There are very talented vioeo production companies. They can help you to make an successful  promotional video. Be prepared to pay from $ 5,000 – $ 20,000 for a service like this. The advantage is that you will have video experts helping you every step of the way, and you’re video is guaranteed to look great.

Pow Toon –  If you’re making animated explainer videos, have no animation experience, but want to do it yourself on a budget, Pow Toon is the way to go. Anyone with some basic computer skills can use this animated explainer video software. It likely won’t be a masterpiece, but it’s easy. They even have a tutorial series to walk you through building your creation.

Hire a Freelancer – Experienced freelancers can provide high-quality explainer video production assistance at a much lower cost than a large production company. You should be able to find one easily enough on craigslist or other freelance sites.

Crowd Sourcing – One option you might give a go is the video crowd-sourcing company Video Brewery. Submit a general project overview and receive a bunch of proposals from Video Brewery’s network of trusted freelancers. Choose one you like and you’re on your way! Video Brewery notes that these explainer video costs usually run somewhere between $3,000 – $5,000.

5. Measure the Performance of Your Explainer Video

Measure video engagement and be ready to tweak the heck out of your video. You’ll be able to see some solid data with YouTube Insight, but Google Analytics can take you even deeper down the analysis. Wistia has some nice analytic tracking options too, and also makes it easy to sync up Wistia and Google Analytics.

6. Enjoy the Advantages of Your New Explainer Video

Explainer videos have a ton of benefits, some of them are:

That’s all there is to it. Go forth, make your video. But first check infographic bellow how to start using explainer videos.