Home Daily Infographics How Much Should You Spend on Sales & Marketing 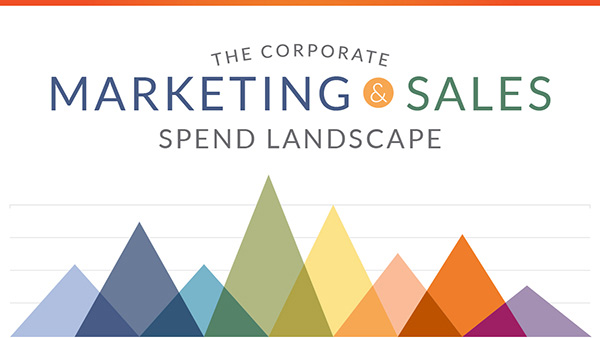 Being a company owner surely makes you wonder how much money you have to spend on marketing in order to get through with your service or product. Entering the business world the first thing you’ll have to deal with is the importance of promoting and exposing your company. Maybe some answers on how important marketing is could be derived from simple looking at the numbers. Some 2014 statistics show just how much money out of revenue do colossal, famous and still-growing companies spend for sales and marketing purposes and how does it pay off for them.

Apparently, the highest percentage of revenue invested in sales and marketing goes to companies in the ‘software as a service’ field. Salesforce invests more than a half of their revenue into sales and marketing, 53% to be exact. It’s a bit hard to process this information, just imagine that amount of money intended for a single aspect of that company’s activities. However, they do get something in return for putting such a substantial stake on the table. In 2014 Salesforce grew by 33% over the previous year. Companies like Marketo and Constant contact also must have a lot of faith in what they are offering because they spent consecutively 66% and 38% of their last year’s revenue on marketing and sales. Fortunately, Marketo achieved unbelievable 56% in growth in a year’s time due to it.

When we look at the numbers attached to so-called monster companies like Apple, Google or Microsoft a curious fact stands out. They do not spend as much of their revenue on sales and marketing. Not anymore. Their revenue is a lot higher and supported by already established position in the industry, which is why they do not need to emphasize their advertisement. Nevertheless, they still invest in marketing but rather subtly, and we are talking about 7-18% of total revenue.

Social media companies like Twitter or LinkedIn rely strongly on their promotion in forms of investing 35% and 44% of their earnings. Twitter climbed the growth ladder reaching 111% growth becoming a true champion with a rate no company could challenge.

Let’s not forget manufacturing companies that also profit from investing in sales and marketing. Some of them are Indexx laboratories (19% invested, 8% growth), Tempur Sealy International, Inc. (21% invested, 21% growth), Oracle (20% invested, 3% growth). They seem not to exaggerate in their investments, and still see company growth.

Educational institutions of the same stature like Grand Canyon University and American Public Education Inc. have slightly different advertising tactics. That is to say the former invested 11% of income in sales and marketing gaining 16% in growth, and the latter gave away 20% for a growth rate of only 6%.  As it seems, there is little guarantee that expensive marketing has profitable effect on student recruiting.

Below you can take a look at infographic which shows how much you should spend on Sales & Marketing:

In conclusion, spending on marketing will definitely determine a certain path for your career and your business. In the moment of creating a marketing budget, bear in mind these two major factors: your goals (in terms of growth and profit) and type of business you’re in. Considering all the facts, you’ll most likely have to spend more than 10% on sales and marketing in order to expect meaningful compensation. You’ll just have to wait until you get as big as Apple to be spending less on advertising.