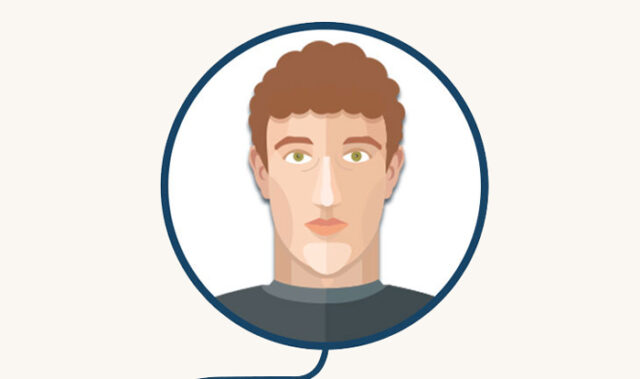 One 27-year-old guy forever changed the way we share ideas, communicate with friends and introduce ourselves to the world. Mark Zuckerberg is much more than the youngest billionaire in the world. Find out how he started with his career in infographic below:

The way in which Mark Zuckerberg really began his career is not as shown in the move The Social Network.

His father, though he was not an engineer, was an early computer enthusiasts. He ran a dental practice and had a vision that computers can change the way people communicate. But at that time, he used them only in dental purpose. 10 years old Mark  was bored in school. His father had found and introduced him to his old computer. Together they created a program that connected computer at home with a computer in the office. They called it “ZuckNet”. It warned, Doctor Z, as he was called, when patient arrived. It worked better than the receptionist yelling, “The patient is here!” 🙂

Mark quickly learned everything that his father knew about computers. He began to study with a teacher. After that, he began to attend computer science classes, even in high school. Begins to read books. But he started to learn coding when he went to a private school where he met programming wunderkind Adam D’Angelo. Together they started hacking. They made intelligent music player that could learn musical tastes of users.

The topic of how he started is still ongoing. Even 11 times big companies offered him millions, and even billions for Facebook and he refused each time. Mark has bigger plans with this social media, and we can see that Facebook is expanding with its features almost every day. We are very curious what will Facebook look like in the near future. Are you?