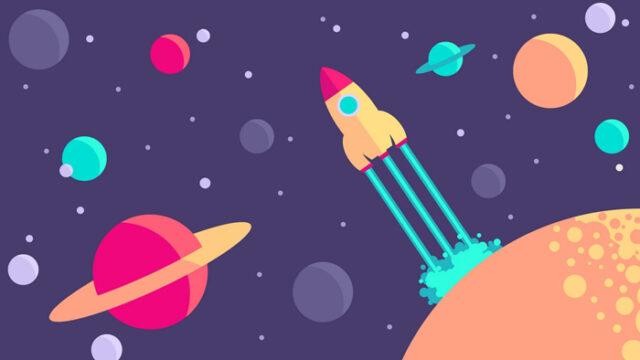 Will Interstellar space travelling be our salvation if Earth falls? To reach the closest stars, 75 times more powerful speed then what we are capable of now, would be required to even think about interstellar travel. If we would try to travel interstellar now, our fastest spaceships and humans could not reach it in a thousand years. The idea to really reach the stars is that moon is the first station on the road to interstellar travel. People have a good reason to think this is still just a science fiction, it’s really hard to even imagine the distance we would need to travel. Closest star outside our system is called Proxima Centauri, which is big 4,2 light years away. To give you sense of this, our spaceships would need to travel with speed faster then light and around 186,000 miles per second and could get there in about 4 years. I don’t even have to mention we have no chance travelling this fast, or even slower because with our most fastest spaceship it would require almost 80,000 years and that’s really unrealistically too much. More realistically would be aiming for a mission that would last about 100 years, which is also close to longevity of one human life. Did you knew that our closest galaxy Andromeda is distanced about 2 million light years of us? Anyway while many people believe that human destiny is set and lies in interstellar space travelling, truth is, human space exploration is very expensive and dangerous with all requirements for water and food, waste recycling and big amounts of energy in order to run all systems, protection from radiation and save journey return. What’s really interesting to note is if people go on interstellar trip for about 50 light years, in both directions they would age only 10 years, but returning upon Earth they would realize everyone here has aged by 100 years . This favors Einsteins Theory of relativity of creating twin paradox where people inside spaceship could see time being slowed down by factor of 10. So with all being said, lets go through some of the most latest ideas on how Interstellar travelling would work in reality.

Few years ago only one company was dealing with ideas of interstellar space travelling. Now there are 5 organisations. That should speak something too. Astronomers are constantly discovering new alien like planets. Our chemical rockets are simply not up to task. Space probe Voyager 1 that was launched back in 1977 for studying the outer solar system is the only object humans ever built that traveled such a long distance from Earth. So with chemical rockets we could be going around 17 km per second, which is really slow if you consider reaching Alpha Centauri would take up 75,000 years. But, there’s a hope with nuclear power. We could bring those years down to something around 130 years for making the trip. It would surely require so much energy because it will not have ability to slow down while travelling, just speeding through solar system for many days. Well, there are also some problems with nuclear rockets. First of all, they can weight a lot, around 54,000 tones, that is really huge. Part of why it’s so big is because it’s caring all fuel. But, it’s a nice method, basically series of few nuclear explosions would strike a plate pusher that is attached on spaceship and push it to any desired location and speed. There’s a bit of a danger because nuclear bombs are radioactive and this could be fatal. Even if people could accomplish somehow managing such a high speed, I don’t want to imagine what would happen if that spaceship was returning to earth with almost the same speed and had a collision with space debrises, even the most tiniest one could be life threatening and dangerous for mission.

Now you are probably asking, what about wormholes and passing through somewhere almost instantly. Well, there is not even an actual proof this concept would work for humans. And humans yet didn’t saw an alien creatures popping out from wormholes. Honestly, concepts of interstellar travelling is slowly being progressed with each new layer of idea being added on or taken. I think we as a human race should first concentrate on how to live a properly life on Earth, then concentrate on stars, cause this really is our beautiful home. Any travel to space and discovering of unknown has been driven by human desire and not a need. The picture will be much different, if we ever discover warp drive.