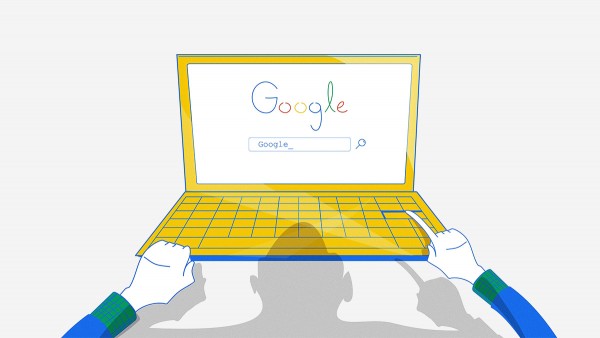 Google is one of the most recognized extraordinary company in the world. The company itself is based around famous search engine. But it is also operating in other areas such as web applications, system developing, internet analytics and many more. Google began all the way in 1995. When 2 students Larry Page and Sergey Brin met at Stanford University and began to collaborate on research project that in the end became Google-Search Engine. It became hit almost instantly and in 2000 it became worlds largest search system. It’s of course Google’s most popular service.

Google goes by the theory that – the way something that was done before, doesn’t have to be the best way do to it today. Company has data centers in California, Ireland, and runs on thousands of servers. They are doing much more then just buying PC servers and stuffing them, they are making super computers. When it was still fresh on the scene it was competing against other search engines like Yahoo, Lycos and AltaVista. Now that Google is being used so much, people tend to say that they ” googled ” some information instead of searched for it. There is so much speculation that Google is a Microsoft killer because they are expanding fast thanks to other used applications like Gmail, Maps, Drive, Blogger, etc. Personally, I like to use Google earth and Google street view, it’s fun to see places you cant visit in person, or to see your old house. Almost anyone today is using these apps, and if you are lost on a street you can find your way with Google street. Today is so rare to see someone on the street asking other person in what direction to go.

The way it operates is the same method it worked when was performing tasks 10 years ago. It’s scouring the web for content, following links, jumping from one to another page. When pages are found, copies of them are stored in repositories.

When person types and search for something, Google looks for and decides for best matches and displays links to them. To be able to do this, it had to analyse large portion of all the information on Web. They can give information for any search and do it in short time because their servers and computers are working parallel and simultaneously. Even back in 1998, Google already scanned more then 25 million webpages! All this big analyzing requires much of storage too. So to cope with this, Google developed virtual system of files that had hard drives on many computers in one big storage.

They are also very mysterious when it comes to speaking about infrastructures. When asked they reply : ” Sorry ,we don’t talk about our infrastructures’ or ” we don’t talk about our strategy because it’s strategic’.’ But when they are having technology meetings, Google opens the doors wide for all the graduate students that are interested in learning. One of Google’s technology most famous element is called PageRank. PageRank is so valuable because it rank websites through the use of Interlinked structure of the web.

Google is employing estimated 7000 people. They hire talented people and also computer scientists, estimating 15 people a day and they opened 2000 new work places. Nothing of this is easy, this is why many lessons at Google are learned hard way along with the long hour meetings and struggles.

But I think people are very lucky to be joined in such an amazing company that is operated by brilliant founders. Who knows, maybe you could be the next enterpreneur. Working in office, apartment or garage, if you are ambitious, smart and have an idea, product or a prototype that will change everything. Think about this even when you are doing your day to day ordinary job. You could partner up with Google and launch into a new adventure.

Just like in the old times, person who built and conceived the pyramids thousands years ago can be observed as successful manager. If you are ready for opportunity, get started.

I would like to suggest you watching movie called The Intership. It’s a very good comedy where 2 friends are applying for a job in a Google over Skype interview, but they have zero require skills and have no idea what they’re talking about whatsoever. 🙂

Below you can check infographic which shows how Google works: