Home Daily Infographics How Dirty Is Your Keyboard 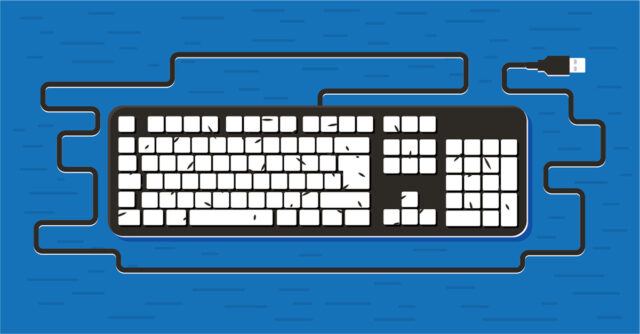 What do you think? How dirty your keyboard really is? Well, I have to tell you it can be dirtier then your toilet seat. The keyboard that you type on every day could hold very bad bacteria, such as staph or E.coli, at your fingertips, literally. Sure you can’t totally stay away from mouse or keyboard but many studies have proven that both of them are real germs estates. There was one interesting research performed by James Francis. He took 33 swabs of different keyboards, and from toilet door handle and seats in London office. He performed the tests on swabs to see what he picked up. What he found is that 4 of keyboards out of 33 had very big level of potential hazards, and one of keyboards had five time more germs than what was found on the seat of toilet. In 2007, more then 100 kids in school were infected and the contamination was maybe spread through computer keyboards and other equipment.

But, is this a real problem? If you consider how much time you spent on computer and how often you’re touching keyboards. It should not be surprise at all that spaces and keys between are like a heaven to all the microbes and bacteria. I think there should still be more studies to check out what’s the real contamination level of keyboards. But the question is, if we consider how widespread are bugs all around us in homes and nature, are those microbes on keyboards posing real health threat to us? The truth is that microbes and bacteria are everywhere. Surface under the Sun that is sterile just simply doesn’t exist. There’s a clear evidence that danger like that is not a big threat to most of the people. This doesn’t mean that some of the germs that live on surfaces everywhere can’t sometimes present threat for our health.

Whether is virus or bacteria, we have contact with them each day, but still they have to go past our natural shield or barrier, which is human skin. The world we live in is practically covered in various germs, not just our keyboards and we have to understand this so we can live with the realization that at any point our entire body can be covered with thousands and thousands of germs. The real trick to is is trying to limit or minimize the exposure to it. Best weapon against this is hand washing. It’s the most effective and cheapest way, but even more surprising is the fact how many people ignore this basic advice every day.

If you still worry about stuff in your keyboard you can clean it on a regular basis. A survey that was conducted on a more then 4,000 individuals revealed that less then half of them are cleaning keyboards at least once a month. If you at home are using keyboard on your own without no one else touching it, the chance to transmit something is very small but if we’re talking about common keyboards used in a work place there’s a bit high possibility of occurring transmission.