Home Daily Infographics How Chrome Won The War Of The Browsers 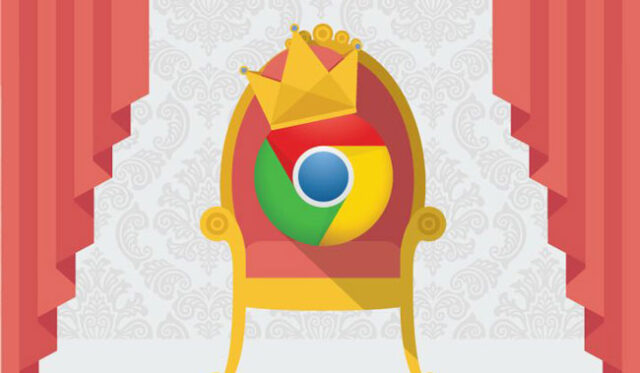 We will compare 5 most popular browser in several features, to make your selection easier. We’ll talk about installation, upgrades, widespread in the world and design. And for the end you can check infographic which shows why is Google Chrome the winner in the war of the browers.

The mere installation at all five browsers is about the same. You need to visit their official website, choose the operating system you use and install it. All browsers but Internet Explorer when installed, you can use them immediately, while IE will ask you to re-boot the computer.

As for compatibility with operating systems, here’s how it looks:

When upgrading we prefer Opera, Firefox and Chrome – which install in the background, quickly and transparently so that you will not even notice, and when next time you start will apply all the changes. Generic Internet Explorer and Safari are rarely upgrading. Is this an advantage or disadvantage? If you ask us we love not to think about upgrading, we like the work in the background.

As for the extras that you can install in web browser, Chrome has the most useful plug-ins and applications. The possibilities are many, many supplements are not a handful, but be careful – every supplement can slow down page loading.

The design and ease of use

The latest changes of all browsers are going in the direction of simplicity. All manufacturers have tried to “facilitate” software code, speed up page loading and improve the user experience. IE, Firefox, Safari and Chrome look really simple and easy to deal with options that are also minimal. Opera has always been very simple.

Ease of use, aesthetically pleasing design and fast operation, this is what is required. We think that all browsers pretty well settled in this area, the average user will not notice a difference, it’s more a matter of affinity, do you prefer Chrome, IE, Firefox, Safari or Opera. It’s the same as question – do you prefer Sony, Samsung, LG or HTC smartphones. It’s all a matter of taste.

An important feature, probably something that we see more and more. One of the most valuable feature is certainly the users privacy. As for security, in the past you could often read how they were all in some way “hacked”. However, for security are the best Internet Explorer and Chrome. Furthermore, Chrome, Safari and Firefox use Google Safe Browsing API to detect potentially dangerous websites, but thanks to constant updates of the security,  holes are fixing very quickly.

Chrome went one step further with security – it scans potentially dangerous downloads, and they are working on the development of encryption plugins (ad-ons). All browsers offer customers’ privacy session “option which controls – history, temporary Internet files and cookies. In Internet Explorer 11 you have something called Tracking Protection, another interesting security feature, and can block the “trackers”.

Popularity in the world

Chrome was the most widely used Web browser in May 2014 with a 45% share in the global market. IE holds 20%, and Firefox 18% of the global market, while Safari and Opera are  at the bottom with 10% and 1%. When we talk about mobile devices, Chrome is leading with 12%, the second is Opera.

What is the best web browser?

Each has its advantages and disadvantages. Chrome has probably the biggest selection of applications and extensions (add-ons), its upgrade is fast and painless and security and privacy at the top. The second is, according to us – Firefox, also with a rich base supplements and invisible upgrades. However, other browsers are not far behind. Generally speaking, the best are those that are as simple as possible, fast and with most accessories.

Below you can check infographic which will show you How Chrome Won The War Of The Browsers: