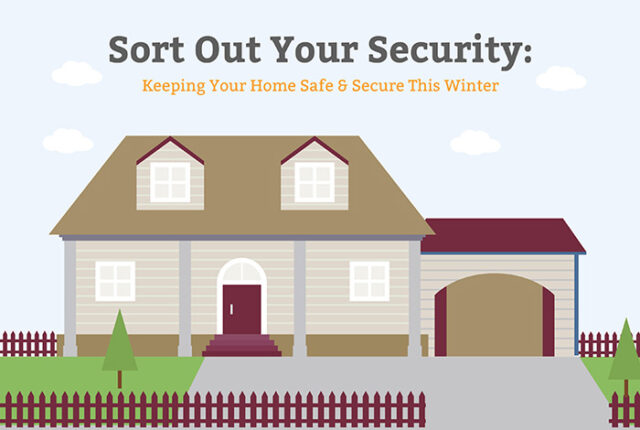 The main job of security system is to secure some point. It can secure windows, doors, secret rooms, garages and similar stuff. But do you need to secure your home? And how to secure it perfectly? And how does all of that even work? You can find the answers to this questions in the rest of the article. 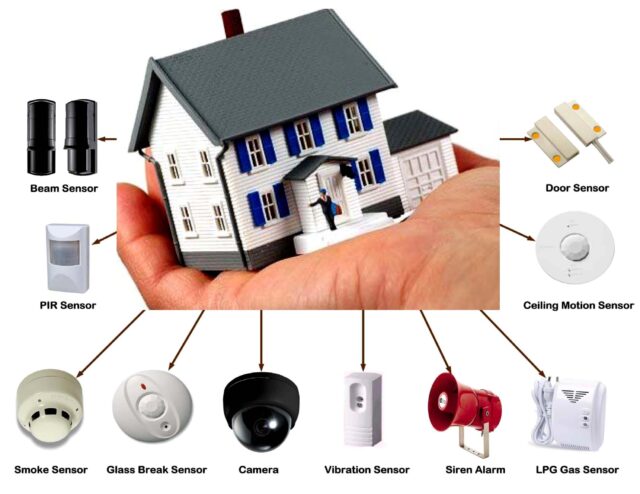 When you get all of that and connect it, do you realize how it works? If don’t, well don’t worry, most of the people doesn’t and it is actually not important for you to know, you are still very well protected. But let’s explain the whole concept.

First, you have a control panel. That is a computer that allows you to turn the system on and off and to track stats of your system. It communicates with every part of the system, plays the alarm sound if something is wrong and communicates with the monitoring company. Standard control panel offers a touchpad for easy interaction, option to enter password for turning system on and off, voice control and support for wireless controls.

Another part of your system are sensors for doors and windows. There are two parts that should be installed. First you have a part that goes to the door or a window and a part that is installed to door or window frame. When you close one of those then these two parts will join and create a security circuit. When you turn on the system then those two parts are joined and you are secure. If the door or window opens security circuit will be broken and control panel will play the alarm sound.

To protect some rooms you can sue motion sensors. They protect a specific space or room with an invisible zone and no one can’t enter that room if the system is on.

Cameras can come in wireless or wired version and can be used to monitor distant areas of your house or property, different parts of your house like garage or barn and entry points to the house of property. You can access surveillance cameras through your computer, phone or tablet.

When someone breaks in to your house the alarm will come on. It is very loud and its main purpose is to warn you about the breach, scare the burglar and alert the neighbors about that.

Window stickers can scare off burglars who want to break into your house. You can place the sign of security company in front of your house or place those windows stickers. You may think that those signs and stickers serve as a marketing tool for some company. It actually does but when a burglar sees that sign or sticker he will know that you house is protected by a professional security company.

The importance of home security

This one is obvious and I don’t need to explain it much. Install motion sensors to rooms, surveillance cameras to property and sensors to doors and windows to stop burglars from coming into your house.

You can rely on home security system to prevent the fire in your house. In most of the times smoke alarms will come on when the fire already started but some security systems offer you a warning that some part could get on fire and it will show you the sources of main heat problems.

When you purchase the package of home security system you can also buy a small device called carbon monoxide detectors. Human senses are not possible to detect carbon monoxide and lots of deaths in houses are caused by this type of poisoning. This little device will alarm you that you are in danger of carbon monoxide poisoning and will call an emergency service that will help you to treat poisoning and survive.

If you have a home security system installed in your house then you can feel safer than before. You can know that alarm will go on if someone tries to break in, fire starts to build up and that you won’t die from carbon monoxide poisoning at night. You will also feel safer when you leave your home to go on a holiday or when you have to go to work and must leave children alone at home.

With the growth of technology we got an opportunity to watch over our homes with smartphones or tablets and access every function of our system remotely. You can remotely turn the whole system on and off, watch what is going on over cameras, turn lights on and off, change the level of heating and much more.

The first home security system appeared back in 1853. Augustus Russell Pope built his own electro-magnetic system. It was very simple and nothing compared to what we have today but for that time it was very effective. It was based on the similar security circuit I mentioned with sensors for doors and windows. When Pope closed his doors electric circuit closed too. And if someone opened it then magnets would vibrate, that vibrations were transferred to a hammer which would then struck a bell.

But most of the people believe that Edwin Holmes was the real father of alarm systems. He was the founder of the first alarm systems company called “Holmes Electric Protection Company”. He was not as smart with electric alarms as Pope was but he knew how to advertise. His marketing made Pope’s invention as his brand.
Another important name in home security history that must be mentioned is Edward A. Calahan. He is the first man to think of an idea for central monitoring station. He invented emergency call boxes and they soon became a tool for fire and police stations.

The modern alarm systems we have today appeared in the 20th century. After the second world war Calahan’s emergency boxes became more affordable and used by lots of more people and companies. In 1970s a firs motion sensors for alarm systems were invented. During the next 20 years alarm systems became a standard for every company and lots of houses. And then we got the first wireless alarm systems.

And today? We have the things I mentioned at the beginning but lots of other security features are being invented. Like drones. In the near future our homes could be secured by drones that could maybe even attack and scare off burglars and intruders. But more about that in some other article. So far this is what you need to know about the history of home security systems.

And the last part of our article are tips on how to perfectly secure your home. Sometimes it is not enough just to buy a system and install it. Some of the burglars are very smart and they can find a way to break in even if you have a system installed. To avoid that check some of the tips and tricks below.

You have to invest to your front door. If it is old and maybe even broken then it is an easy break in for the burglar. It is worth to pay a little more for stronger and safer doors.

Don’t just buy the cheapest system there is. It is always good to find out more details about every system available and then pick the best one even if it’s the most expensive one.

Don’t put your valuables facing the window. Keep them out of sight because the thief won’t be able to see what you got and maybe even give up from breaking in and stealing because who knows, maybe you don’t have anything valuable inside.

Burglars are afraid of light. Okay, maybe not so much but they will always be happy to operate in dark and not under direct lighting. It is a smart idea to invest some money into security lights that will sense motion and then turn on. That can force burglars to leave and give up from breaking in.

So, you decide to get yourself a home security system? If not, try to get one, even if you live in a safe neighborhood because you will feel safer. Good luck and sleep safe!