Over the last few years, internet has changed so much, days without typing ”www” in your web browsers seems forgotten long time ago. Today many kids can’t imagine their daily lives without accessing internet or having some piece of technology. Probably the biggest change that happened online was emerging of video streaming through internet. Years before, online video was thought of something that’s for nerds, but now you can see almost all families surfing through videos in their living room on their PC or laptops. Online video streaming is changing constantly, with around 69% of home users downloading or streaming videos.

First streamed video ever was rock live show performed by Severe Tire Damage band in 1993. This testing somehow served as proving that concept works. In 1995 first streaming of music soundtrack was performed, it was published in a Word Magazine, soon after that happened, another audio streaming event took place. It was a broadcast of baseball game between teams of Seattle Mariners and Yankees. From 1996’s to 2000’s it was a big war between media players. At the start of 1996 Microsoft published ActiveMovie player software that enabled streaming videos. Year later RealPlayer company published their streaming software.  While technology was still not so developed, internet speeds were very slow with 56k dial up connection so it made video loading so slow that industry could not be revolutionized. In 1999, Apple has made own streaming software called Quicktime 4. Later it was published on web Windows Media and RealPlayer software. 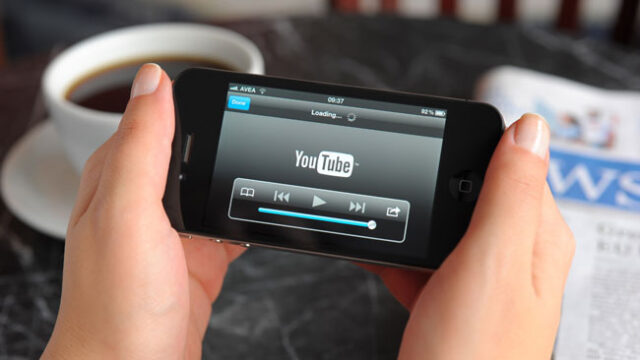 The year 2000 was marked with using online videos for political things. Lets jump straight to February, 2005. This was a game changing date for video industry online. It was launching of website that enables video sharing, uploading and viewing videos, you can guess – YouTube. At that time most popular TV show on YouTube was South Park. Soon enough it became most popular video sharing portal in the world. It was created by 3 Paypal employees, Steve Chen, Chad Hurley and Jawed Karim.

In 2008, it was the start of streaming services and their distribution. First there was Hulu, which streamed and supported movies from Disney, News corporation and NBCUniversal.  Next it was Netflix which at that time quickly reached 10 million subscribers. In 2012, YouTube announced they will invest $100 millions in new video content. If you wonder what video is the first one to reach 1 billion views, it was from K-pop artist Psy and his song Gangnam Style. It’s now well over 1 billion and still counting.

So the question is what are people watching today? I think a lot of them watch videos of technology stuff, unboxing things, travel channels, TV clips or movie trailers, funny home videos,  news are also popular, with all the bad stuff in our world I would stick to watching documentary movies,comedy, music or gaming videos which immerse me in other reality. When I want to buy some product I always go to YouTube and type to see if someone else has bought the same so I can see the package and how the product actually looks and not just by pictures on selling site. I can also hear review at the same time from the person who bought it which is great.

Men are bigger watchers then women. Based on a study, 65% of men watch videos and are also the biggest downloaders on torrent sites. Who knows, maybe the research was focused more on adult videos? Anyway video streaming websites just keep growing everyday with amazing content you can choose from either to learn something or entertain yourself. I wonder what will be invented in the field of online streaming videos, cause we’ve seen from past, it doesn’t hurt to have big dreams.