You have decided to start a new business, and it will be a restaurant. It is a great choice and potentially very profitable. It’s always good to start this type of business because it’s not tied to the seasons or anything else. You can make success always. But there is also a lot of competition and you have to arrange everything in the best possible way. You know yourself and that is why you started the whole process prepared that you will not neglect a single thing.

But what can disrupt your plans are unforeseen expenses. Every new business faces hidden costs, but probably none as much as a restaurant. There are so many things you didn’t remember or at least didn’t remember that it would cost you money. That is why it is necessary to read this article in detail and see for yourself which are the hidden costs that you will encounter during the opening of the restaurant.

All of you who want to open a restaurant, surely have in your head a vision of what it should look like. Or at least what style it is, if you haven’t imagined the exact look. But you probably haven’t calculated exactly how much it will all cost, and the reason is because there are so many little things that not even an interior designer could remember, and not you.

Or they have already started decorating, and then halfway through realized that this is not exactly what you wanted. In any case, it will create additional costs for you, if you start to change what you have already done by half. It’s best to hire professionals, because they can calculate the costs approximately accurately, and also show you in advance what everything will look like in real life.

2. Electricity and other installations

It is very likely that you are arranging a space that is not completely new, and is not built exactly for your needs. While you will of course choose something that is in good condition rather than something that is ruined, you still never know what hidden costs you will have. For example, all electrical installations may need to be replaced because they are obsolete. And because they are outdated they will not be able to withstand the flow of electricity needed for a restaurant.

This primarily applies to many appliances in the kitchen, as well as lighting and sound. Then plumbing can also be a problem. At least one thing will almost always require an investment without you calculating. You may also need to change or install a grease trap, if it is not already there. By law, you must have a functional grease trap, and this will further increase your hidden costs. Visit greasetrapsanjose.com to find out what the process of cleaning and installing a grease trap is.

Each state has its own laws, but you will need to have various licenses to be able to operate legally. You will first need to obtain licenses to serve the food, and then for the general operation of the restaurant. Also, if you are going to serve alcoholic beverages, and you probably want to, you will need a liquor license. All of this will cost you a few thousand dollars, although you probably think it’s cheaper.

Then there are music licenses, which we are sure is part of the hidden fees, because you probably don’t think you should pay for background music that will be heard in your restaurant. But you have to, because it falls under copyright. Although the music will hardly be heard most of the time, it is not good that it is completely silent and that is why you have to pay for music licenses. But the good news is that it’s not expensive, it’s usually a few dollars a day, and if you don’t pay it, fines will be huge.

This also probably didn’t occur to you, but you thought you would simply hire waiters, cooks, chef and other staff. That may be the case, but it is often not the case. It’s hard to find experienced chefs, and they can also be too expensive for you at first. So it is likely that you will have to invest in the training of your staff. Especially if it is unusual dishes you are planning to have in your menu, then it is almost certain that the chefs will have to go to additional training.

The price of food is something you think goes without saying, but the initial investment in the groceries you will offer to guests is not small at all. Although restaurants can usually get cheaper food because they buy large quantities, it is still not cheap. Subtract at least 30 percent from the price of a meal in a restaurant, because that is the minimum price of ingredients for that meal. So in the beginning you will have to invest a lot of money for the opening night and the following days. Especially if you have a big offer in your menu, then you will need a lot of different foods, which further raises costs.

Although you will later earn enough that paying your employees will not be a problem, in the beginning it may be another expense that you did not count on. You will probably have to pay them first salary, and maybe the first few, out of your own pocket, because your income will not be enough immediately. So don’t forget to set aside money for salaries for a few dozen employees, which is not a small amount at all, when you think about it.

Don’t let a lack of planning lead you to the failure of an entire business venture or at least to a big slowdown in progress. Your best tactic is to add at least another 50 percent to the amount of money you calculate you need. Only in this way will you be able to cope with the hidden costs, which will be a lot, without stress and problems. 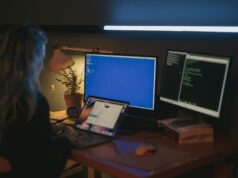 How to Enhance Data Security for Your Business 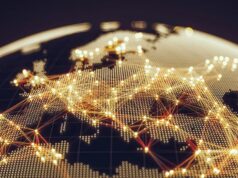 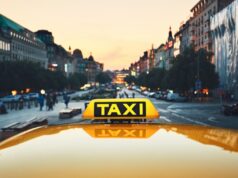