Facing financial trouble is never fun nor is it easy to deal with. Regardless of the stage of your life, struggling with money and paying for the things you need is challenging and there is a lot that can go wrong because of it. Finding a way out of it is not always as straightforward as we would want it to be and there are ways to obtain money that are more favorable than others. A lot of people look for a second or even a third job until they get back on their feet. Some decide to sell certain personal belongings and valuables in order to finance the trouble at hand.

Others though, they decide to borrow money. Either from friends or family members, they borrow a certain amount and pay it back later. Or at least that is what they initially promise. Borrowing can also be done at other places, from people whose job it is to loan money to others, which is not always completely legal. The moment you borrow money from someone or have them pay for something for you is the moment you start owing them.

You usually get a timeframe during which you must pay before trouble comes knocking. Initially, it is a higher interest rate for the lender that you will struggle with. This however is nothing when compared to them sending bill collectors and harassing you until you pay the money you owe them. Also known as debt collectors, these people are responsible for collecting debts on behalf of others, the people who employ their services.

Through intimidation tactics, bothering, and harassment, they attempt to draw out the money and perhaps more than what you owe. It can be done in person with physical intimidation as well as through phone calls and messages. This can be illegal depending on what lines they cross, but harassment begins at very early stages of them bothering you to pay the bill. In this article we talk about how you can handle bill collectors and their harassment in the most effective ways possible.

Is the debt real?

Now every debt is viewed the same by the lender and the borrower. The person or group that lent you the money may not be taking into account the deal you made and their harassment could come prematurely. Or rather, the moment they want the money back may be sooner that what was agreed upon.

If it is a company, you probably have a contract of some sorts. After all, you have a right to dispute the debt and its terms and not pay it until you are obligated to. Even if the debt is completely legitimate and if you are due to pay it back soon, you should ask for some kind of verification. Until the verification is sent to you, all harassment has to stop.

Certain things are not allowed anyway

There are things people do without realizing they are doing something that is not allowed. Even when you are not trying to harass someone, you may be doing so involuntarily. For example, did you know that late-night calls are not only rude and not at all sensible but not really allowed in certain situations? Calling someone before 8 AM or after 9 PM is considered unreasonable, rude, and borderline harassment. You have a good chance to fight it and deem it illegal if it prolongs and if the bill collectors start calling more and more frequently.

Abuse is straight up illegal

Harassment is still lighter than outright abuse, which is illegal in any sort of situation. Purposefully intimidating and harassing visits and calls are not only annoying but dangerous. People get afraid for their own safety. Verbal abuse and profane language can be taken as threats to so be sure to document them and get some sort of evidence is these tactics ever start happening. Debt collectors are used to people being too scared too quickly so they pay however they can. Showing some fighting and a willingness to protect yourself and your assets may prove fruitful for a while.

If your financial situation is worse than you yourself even believed, your only choice could be filing for bankruptcy. Why is this important here when the topic of conversation involves debt collectors? Well, it is because the law assumes you have been trying to and are currently willing to pay your debts when you declare bankruptcy. This means the collectors must stop calling and coming to your door, but you will need to show them the proof that you indeed have filed.

The biggest thing you can do to help your cause and protect yourself and your assets is to get in touch with an attorney. Hiring a lawyer will allow you to have the law on your side and an expert who can advise you along the way and protect you from false bill collection claims. Bill collector harassment lawyers specialize in these things so be sure to visit this site to hire one. Being represented also means that all the calls about the debt in question will be passed through to the lawyer who will deal with the collector(s).

Calling the police is not always ideal in these situations, particularly when you used the shadier options of borrowing money. If you have done everything by the books however and have proof to back it up, you should absolutely call the police when the collectors start coming around and calling non-stop. Threatening that you will dial 911 can do the trick, but actually doing so and reporting the abuse will probably prove quite effective. If they do not stop bothering you, you may even get some sort of protection, both on the state and on the federal level.

The collectors are not allowed to talk to others about your debt, nobody expect you can discuss it. Your lawyer and your spouse are the only people who can. You can use this to prevent harassment and to make them stop calling so often. Have a friend or a family member pick up the phone and they will not be allowed to mention the debt. This is a neat tactic that actually looks completely natural from the outside. Even if they figure out what you are doing there is nothing really that they can do about it. 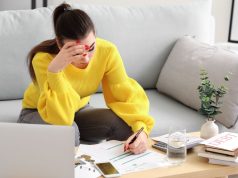 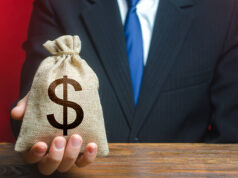 7 Things To Know About Interest Rates, Fees And Costs For Payday Loans