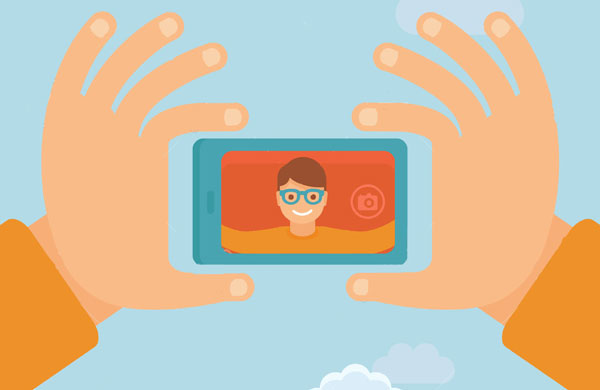 Selfies are everywhere. It’s been a long time since selfie has become a trend and a new way in which people present on the Internet. We already wrote about selfies and published selfiegraphic which you can check here. People document the visual aspects of life and share it with other people, no matter what type of selfie is. But people began to take selfies in all places, in all kinds of situations (eg,when driving), which sometimes can be potentially dangerous.

Russian government is concerned about the growing number of injured people in the attempts to create ‘selfie’. They decided to do something about it.”Cool selfie can stand you a life”, “Selfie with guns kill”, are just some of the slogans that are found on billboards in Russia. Russian authorities have promoted illustrated guide to taking safer selfies. Citizens are warned to possible injury when shooting self portraits. In fact, it is a message directed by the police that likes the social networks really are not worth jeopardizing your own life. Illustrations carry the warning in order not to be photographed with the tigers, holding a gun in hand, balancing on the edge of the roof or in the middle of the railway track. The Russian Interior Ministry has launched a campaign urging citizens not to risk their life by recording popular selfies in dangerous situations after more than 10 people were killed and about 100 were injured this year in this way.

So be careful and be smart when taking selfie. It’s not worth bringing your life in danger. Below is Guide To Taking Safer Selfies: 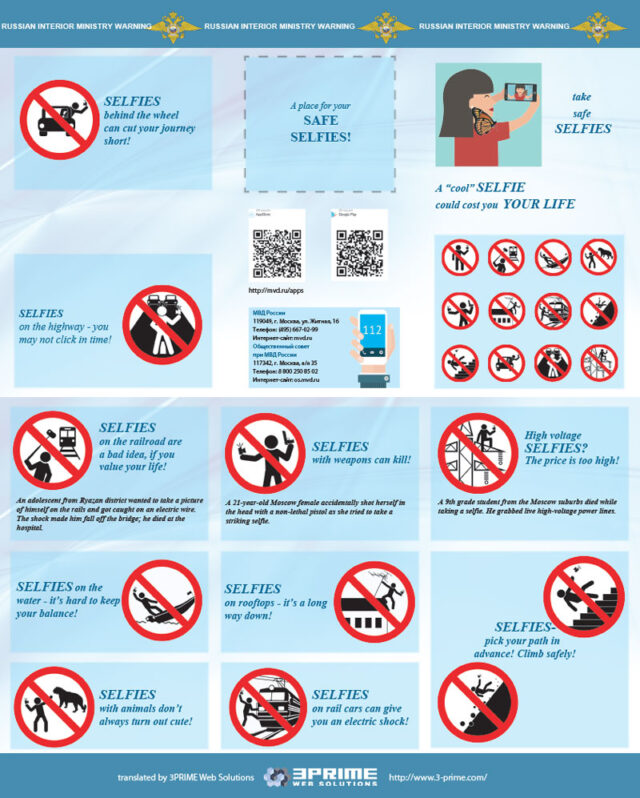