Make sure to check out this post to get in-depth explanations for all your queries. If you want to taste the best spoon bread, you can book a reservation at www.spoonbreadbistro.com. In addition to that, you can find the spoon bread recipe here with clear instructions and an ingredient list.

Is It Good To Include Spoon Bread On A Gluten-free Diet?

Spoon bread or Spoonbread is a relatively extraordinary dish. It is a wet cornmeal-based recipe popular in different areas of the Southern United States. In order to prepare spoon bread, you need some primary ingredients, which are: corn flour, milk, butter, eggs, and sugar.

The preparation method gives an ultimate spoon bread that has a soft texture. Though it is named as bread, it does not have wheat. Rather than bread, spoon bread looks like several savory puddings. The preparation time for spoon bread needs about 25 minutes and an additional 40 to 45 minutes for complete cooking.

As we mentioned earlier, you can eat spoon bread on a gluten-free diet. It is because you can include recipes made of different flour, including corn and cornflour in this diet. In addition, plain dairy products, like plain yogurt, plain milk, and cheese, are free of gluten. All varieties of eggs are naturally gluten-free.

The essential ingredients required to make spoon bread are corn flour, milk, and eggs. All these are free of gluten. As a result, you can enjoy the delicious spoon bread even when you are on a gluten-free diet.

What Is A Gluten And Gluten-free Diet?

Let’s dig into the basic details of what gluten is and why gluten-free diets are becoming popular. Gluten is a protein family in wheat, rye, barley, and other spelt grains. It gets its name from the Latin word glue since it becomes sticky when flour is mixed with water. Gluten’s glue-like feature aids in the formation of a sticky network that allows the bread to expand when baked. In addition, it provides a chewy and pleasant texture to the bread.

However, several people experience discomfort after consuming gluten-containing recipes. Some are sensitive to gluten, while a few are allergic to gluten, and celiac disease is the most severe reaction out of all. Celiac disease is an autoimmune condition in which the body injures itself by mistake. This disease can be seen in 1% of the total population and causes harm to the intestines.

Gluten is a combination of proteins present in wheat (including all its hybrids and varieties, like gamut, spelt, and triticale), rye, oats, and barley. A gluten-free diet (GFD) is a nutritious plan that precisely prohibits gluten. Thus, you have to include foods that are naturally gluten-free or those that do not contain any gluten.

What Are The Health Benefits Of Following A Gluten-free Diet?

Generally, the gluten-free diet retains several advantages, particularly for people suffering from celiac disease. We have listed some of the primary benefits here:

Several people follow a gluten-free diet in order to cure digestive issues. Some of them include: diarrhea, constipation, bloating, lethargy, gas, and other signs. According to the reports of various studies, people suffering from celiac disease and non-celiac gluten sensitivity can benefit from following this diet.

Inflammation is a normal process that aids in the treatment and healing of infection in the body. Inflammation can become out of control and linger for days, months, or sometimes years. It is referred to as chronic inflammation, and it can direct to different health issues.

Celiac disease causes fatigue, sluggishness, and brain fog in people. These symptoms might be the result of nutrient shortages, which happen due to gut injury. For instance, Anemia can be caused by iron depletion, which is frequent in celiac disease.

When you switch to a gluten-free diet, it is common to lose weight. It happens as the diet removes numerous junk foods which have unnecessary calories. As a substitute for junk foods, you can pick fruits, vegetables, and lean proteins.

Besides that, it is vital to avoid processed gluten-free foods such as pastries, cakes, and snacks because they can instantly put plenty of calories into your diet. As a result, it is best to consume different unprocessed foods and naturally gluten-free foods.

You can eat spoon bread while following a gluten-free diet. It is because spoon bread is made of corn flour, which does not contain gluten. However, various types of other bread made of wheat contain gluten, which is why it is recommended to avoid them. To put it simply, you can eat bread made from foods that are free of gluten. 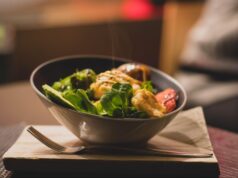 Why You Should Absolutely Try a Barramundi Dish 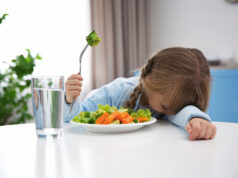