Home How to How To Get Through A DUI Charge

They always say not to drink and drive and you’re most likely to agree, but it’s a different story when it actually happens to you. Driving is a big responsibility yet sometimes people tend to set it aside for a moment of fun with friends or colleagues.

Getting caught driving under the influence (DUI) of alcohol or drugs is a terrifying experience that you should avoid as much as possible. However, if it can’t be helped and you’re already in this situation, there’s no use blaming yourself. Instead, it’s time you focus your energy on how to get through a DUI charge.

The process of defending a DUI charge isn’t only complicated; it can also cost you thousands of dollars in fees and fines. Not to mention, of course, the other impacts of it such as a record on your license, the need for counseling sessions and therapies, possible probation, and even jail time.

Without proper guidance and legal representation, you could be facing all of these possibilities, apart from the stress and depression that you may go through as you face a DUI charge.

Before you get all nervous and stressed out, try to remember what you know about DUI and how you can get through it. Perhaps you’ve read from a helpful site that there are several steps that you can take to make the process easier and less straining for you. If you ever pulled over by a police officer because of suspected DUI, here are some tips that you can remember:

Be Cooperative And Stay Calm

One common mistake of drivers who are suspected of DUI is that they tend to be restless and uncooperative, bordering on being rude at best.

Keep in mind that a man in uniform should be always shown respect. When you’re able to show respect for the police officers, there’s a higher possibility that they’ll believe your answers when they ask you preliminary questions.

It’s best to stay calm and do what the officer will ask you to do. You may be asked to step out of the vehicle, show your driver’s license, and also do some field sobriety tests such as:

These tests can help determine the driver’s impairment or incapacity to drive safely due to the influence of alcohol or drugs. They are used to assess your coordination and balance so it’ll be a great help if you can prove that you can pass all the tests without difficulty.

However, there are also cases where drivers still get arrested even after passing field sobriety tests, but it won’t hurt to pass them all just to prove that you’re still safe to drive.

Even when you know you’re really drunk or under the influence of any drugs while driving, you still have the constitutional right to remain silent, and the right to speak to an attorney. Use this right to your advantage and avoid saying anything that could further implicate your DUI case.

In the middle of all the stress and confusion, you should also not forget about your vehicle. Your car will most probably get towed so make sure you’ll be provided with all the information you need to contact the towing company.

If it’s your first time getting arrested for DUI, you might need to stay longer at the police station. An intake officer will need to get your fingerprints and also your mug shot. After that, an investigation will follow and you have the right to demand a lawyer first before speaking to an investigator.

Get The Best DUI Lawyer

A lawyer who specializes in DUI cases is your best bet if you want to get through a DUI charge as smoothly as possible. There’s an option to get a public defender but if you have the financial resources to hire a private one, go for it.

Even if it’s your first time to get a DUI charge or you’re involved in a car crash, a DUI lawyer has the right training to guide you through the process of getting through your DUI charge.

The legal system involving DUI charges is complex and DUI lawyers know the legalities of it. Hiring the best lawyer will help you avoid the serious consequences of your DUI charges. They can also present a strong defense strategy so you can have the best representation in the courtroom.

There are also other advantages of getting a professional DUI lawyer for your case, such as the following:

Furthermore, having a good lawyer by your side as you get through a DUI charge can give you peace of mind. You’ll feel more assured and confident knowing that your case is in the hands of a seasoned lawyer who knows the legal system inside out.

Getting Back To Your Life After A DUI Charge

One thing to remember about DUI charges is that they don’t stay forever on your records. However, you need to prepare yourself for anything that can change in your life after the DUI charge.

There’s no acceptable excuse for someone who’s driving under the influence of alcohol or drugs but when you know you no longer can bring back the hands of time, you can only face the consequence of your actions and own up to your mistake.

It’s normal to be in a state of shock or denial, but as you process the turn of events, you’ll realize that it’s better to tackle the issue proactively. Once you’ve gotten past the state of shock or in denial, you can move forward and start to rebuild your life. Take this DUI charge as a learning experience and hopefully, you can gain something good out of it.

It would help to convince yourself that you’re not a criminal and definitely not a bad person. You’re someone who made a poor choice but you don’t have to live the rest of your life in fear or humiliation.

Eventually, you’ll need to deal with the reality of your DUI charge and face that life goes on after it. Don’t let this experience get the best of you, instead, take it as an opportunity to start anew. Next time, know your limits and make sure not to drink and drive anymore. 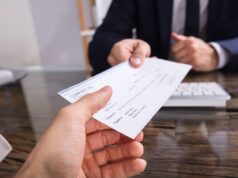 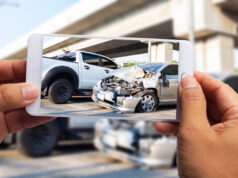 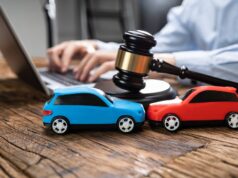