Home Gaming The Only 10 Games You Need On Your Phone 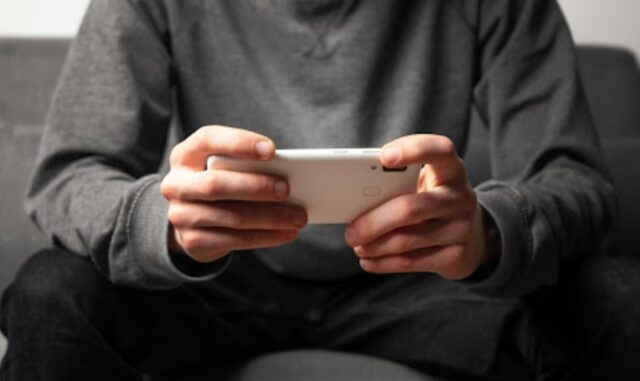 There is virtually unlimited variety in the mobile gaming category. Whether you’re looking for puzzle and board games, strategy and adventure experiences, real-time multiplayer action, or any other remotely popular genre, you can rest assured that there is not just one app for you — there are probably a dozen.

With that said, if you simply snatch up every mobile game that appeals to you, you’ll quickly clutter up your phone. You’ll wind up with a bunch of apps you don’t end up using that much, and in the meantime, they’ll be taking up storage space (which can catch up to you over time).

To avoid this problem, it’s a good idea at some point to stop and really consider your mobile game collection. Figure out which games you really want to have regular access to, and delete the rest; you can always get them back if you want to.

This is really a process for everyone to undergo individually, because of course we all have distinct gaming preferences! To get you started with a few ideas though, here is our own list (in no particular order) of the only 10 games one really needs on a mobile phone in 2023….

Alto’s Adventure is consistently rated as one of the best and most popular games in the mobile arena, so its inclusion here shouldn’t be a surprise. As familiar as the title may be though, it remains a game you should give proper attention to.

If by chance you aren’t familiar with it, this is a play on the “endless runner” genre, in which you control a character who is constantly moving forward. In this case, said chapter is skiing through dreamy, colorful landscapes, offering an experience that is somehow challenging and meditative at once. It’s game you can play to pass the time, to beat your previous scores, or simply to let go of your stress at the end of a long day.

“You just have to survive in a world ravaged by nuclear war, radiation, and zombies. That’s all.” That’s how a review for this game on Droid Gamers begins, and it does a nice job of conveying the challenging hellscape that is Day R Survival.

And yet, as much as there is to cope with in this game, it never feels messy or cluttered (as so many strategy and survival games do). Instead, there’s something methodical and satisfying about this game’s approach.

Through crafting, battling, gathering resources, and more, your task is to stay alive as you cross a fairly expansive (and artistically drawn) map. It’s a challenging game, but an excellent one to return to even after you’ve beaten the game.

If you’re looking for more of a conventional battle game, the truth is you have a bunch to choose from. There are made-for-mobile shooters, trendy battle royale games, and many others of this general ilk.

But for pure gameplay, it’s tough to beat Call Of Duty Mobile. If you know the franchise, you don’t need much explanation. If you don’t, we’ll simply say you should expect a beautifully made shooter with a massive multiplayer community and gameplay that’s about as good as it gets in this genre on mobile.

Among Us is a game that previously made it onto our list of ‘Top 5 Popular Games For Mobile’, and to be sure it’s hard to think of too many games that have generated more attention this year. As mentioned in that top-five piece, this game sets you up as either an “impostor” or a “crewmate.”

From there you’re dropped into a game of strategy, espionage, teamwork, and violence — the impostors trying to sabotage operations on a ship (and eliminate crewmates), the crew attempting to keep things running (and identify impostors). It’s a game that’s somehow playful and sinister at the same time, and it’s almost oddly appealing.

Sometimes, you just need a racing fix. Or at least a lot of gamers do! As with shooters, there are a lot of quality games to turn to when this impulse strikes, and you may want to do some comparisons on your own to see which one grabs you.

But for our money, Asphalt 9 Legends is as good as it gets on mobile. This is a game that puts you behind the wheel of a high-end vehicle from a real-world manufacturer (Ferrari, Porsche, etc.) and challenges you to play through a career mode featuring one stunning location after another.

The style of racing falls somewhere between Formula 1 (perhaps the most thrilling racing sport in the real world) and The Fast And The Furious (a notoriously over-the-top street racing film series) –– which is flat-out fun to play.

If you like a simple game with minimal controls that you can play in short bursts or on the go, look no further than Reigns. It’s actually a difficult game to explain, but the general idea is that you assume the role of a king, and are presented with a never-ending string of scenarios involving the management of your kingdom.

This is done via virtual cards that you swipe one way or the other to make your decisions — with each one affecting different aspects of your kingdom. All of that would be enjoyable enough, but it’s the black humor of the game that takes it over the top.

If you’re interested in a more conventional card game, you can look to any number of suitable poker games available in app form. Like with shooters and racing games, choosing which option is “best” is largely a matter of preference. But it’s hard to argue against Zynga.

This is an app that’s been popular for al long time, for the simple reason that it provides excellent free, multiplayer poker for millions of players. It’s also built firmly around Texas Hold’em, which not every mobile poker app can say.

Given that Hold’em is the most recognized and beloved form of poker today, this makes the app both more relevant and more satisfying to the average mobile gamer.

Plenty of mobile gamers may like the general idea of simulating tabletop games in the mobile arena, but may prefer classic board games to card and poker experiences. If you fit that description, there are plenty of mobile board games to try — but none so thoroughly established (or enjoyable) as Words With Friends.

Like Zynga in the poker category, this app has been around for a long time, and it’s hardly changed in that span. It offers a nearly identical twist on Scrabble, but augments the game perfectly for remote multiplayer activity. The result is undeniably one of the most fun mobile experiences out there to enjoy with friends or family over distance.

We’d be remiss if we didn’t cover a civilization- or city-building strategy game. And while there are plenty of good titles in this space, it’s difficult for any to top Civilization Revolution 2.

Of the various Sid Meier’s Civilization adaptations that have made it onto mobile devices, this is the one that is most effectively tailored to the medium. It plays out very much like a classic PC game from the beloved series, but for the fact that it’s been reimagined for a smaller screen and more limited controls. As a result, it’s an absolute pleasure to dive into Civilization Revolution 2 and build your empire from the ground up.

Lastly, we have to include a full-fledged mobile adventure that can pluck you right out of the real world and keep you busy for long gaming sessions. For those purposes, it’s tough to beat Samorost 3 right now.

It’s a surrealist fairy tale of an adventure game — a point-and-click adventure in which you guide a gnome through what PC Gamer referred to as a “magical world… more interested in delighting than challenging.” There aren’t many better ways to spend your time in a mobile game than by poking around in Samorost 3. 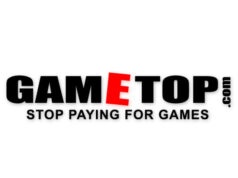