Home Gaming How Game Marketing has Changed in 2020

Gaming is one of the most popular hobbies in recent times, so it’s no wonder the industry is so focused on marketing. You’ve probably seen the “Raid Shadow Legends” ads on your Instagram or while browsing YouTube, so you realize how different the game marketing is nowadays, especially compared to how it’s been a couple of years ago.

So, what are the biggest trends that are revolutionizing how game marketing works in 2020?

In this article, we’ll give you an answer to this question and many more, so keep on reading if you want to find out!

The COVID19 pandemic and game marketing

With many e-sport tournaments, gaming conventions, and other promotional events being canceled, the gaming industry had to implement changes to their marketing strategies, just like everyone else. Many people were stuck at home with tons of free time during the lockdowns, so the demand for video games has risen substantially. All of this has influenced video game companies to broaden their offers and invest even more in digital marketing.

So, you’ve probably noticed a large number of ads while you were browsing the web. Not only that, but it seems like every video game now has its own official Instagram page! While this isn’t an entirely new trend, it has become the main source of game marketing in 2020.

Today, when people want to check out a game before they purchase it, they usually go to Twitch and YouTube where their favorite streamers are. Also, during the pandemic, people started to rely on gaming streams and e-sports for entertainment purposes, which in turn inspired them to try the games themselves afterward.

All of this is the reason why many gaming companies are starting to work with influencers and streamers. It’s probably the most effective way of marketing in 2020. People tend to trust the input of these influencers, so the collaboration between them and the gaming companies is no surprise.

So, overall, as influencer culture is becoming more prevalent, game marketing is starting to rely on their services.

One of the most important things in marketing is to know your market well. The newest challenge that the game industry is encountering in 2020 is probably the sudden increase in new users. Gaming companies have to adapt to a changing market since many people who have never played any games before are now becoming interested in various gaming products. It’s a by-product of the COVID19 restrictions and limitations. Many people’s daily routines are changing completely due to the pandemic, so it’s no wonder they’re trying to find new ways to stay away from boredom.

Other than that, gaming is such a great family activity when everyone is stuck at home. So, many parents are now engaging with their children’s hobbies and picking up gaming as a fun side activity!

Multiplayer games are one of the most popular types of games today, and there are many reasons behind this. First of all, many people are unable to see their friends and family due to the social distancing measures, so being able to enjoy an activity like gaming together is of the utmost importance. You can play online multiplayer games with anyone you want, no matter how far they are. Even if you’re a new player, you can still keep up and play with your friends if you get a boosted account. You can click here to learn more about this new gaming trend, and you can start playing with your more experienced peers right away. Therefore, many gaming companies are developing multiplayer versions of their games, and many funds are being directed to the existing multiplayer games.

This trend has brought many new users to the gaming community, and it has inspired many existing gamers to reinstall some of their long-forgotten games.

The nostalgia in gaming

One of the ways the gaming industry is trying to attract new users is through engaging with their feelings of nostalgia. All of this is why we’ve seen a huge rise of remastered games in 2020. People who played video games in their young teens and then later stopped because of their busy work schedules now have a lot more free time, so they’re likely to have a comeback into the gaming world. This is where nostalgia comes in: these players will look for something familiar and the gaming companies know it.

Many older video games, such as Mount n Blade, are making a huge comeback through a new sequel. Naturally, this trend is likely to continue even after the pandemic is over. In marketing, timing is the key to success, and gaming companies are very well aware of that!

Console and PC games are moving to mobile

Mobile games are becoming increasingly popular, and gaming companies are taking full advantage of that. So, it’s no wonder that we’re getting popular titles such as Call of Duty on our mobile devices.

This trend is nothing new, but it’s likely to become more and more prevalent in the next couple of years. People are relying on their mobile phones much more than their PCs, and getting proper gaming equipment for our desktops and consoles is expensive, especially when the world is facing a financial crisis caused by the global pandemic.

The COVID19 pandemic wasn’t the only thing that happened in 2020, it was also a year of big social movements such as Black Lives Matter. With the rise of global awareness over social issues such as feminism, LGBTQ+ rights, racism, and discrimination, people are expecting more inclusivity in all spheres of life, and gaming is no exception. All of this has affected the game industry, and many game developers are putting a lot of effort into making their games more diverse and inclusive. People are more likely to purchase from companies that are supportive of important social movements, which has a huge impact on the game marketing world. 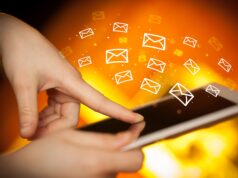 4 Reasons Why Business Should Be Using Bulk SMS in 2021 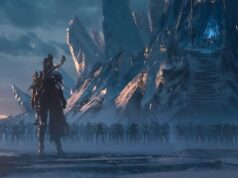 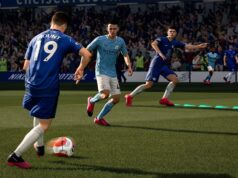