Home Gambling 5 Fun Dice Gambling Games You Could Play with Your Friends In...

Everyone enjoys a good game, no matter if it is a card, board, or some other kind, as that depends entirely on personal preferences. As for the reason why we love games, there are plenty of them, but socializing with others and teasing friends when they lose, well, that’s something special. That feeling of fulfillment and happiness, no matter if you are a competitive type and want to win everything or not, is what makes them so popular. Of course, we all have a favorite one, but, let’s be honest, the company and having a good time is what we are looking for, which is why we most often play these games with those we hold dear, friends and family.

In a world with a vast number of dice games, choosing the best and most engaging one can take some time, as even the classics like Yahtzee with many variations are often a to-go option for many. If we add playing for money into the equation, as it makes games far more interesting, there are some really tough choices ahead of you. Furthermore, choosing one can get even more complicated when we take a look at the newer dice games but, since no one wants to spend more time choosing the game than actually playing it, we selected the top five fun dice gambling games you could play with friends.

One of the simplest games that you can play with friends when you are bored is Liar’s Dice. Every player needs to have six dice and one cup, so this one is perfect even for picnics and trips because we do not need too much space to pack it. The rules are simple, and every player needs to roll their dice and tell the others which numbers they may have. The others need to guess if somebody is lying or not, and it is the reason for the name of the game. It is all about bluffing, and if you want to win, you need to convince others that you are not lying even when you are. The gambling options are various, and the simplest way is to play for stakes and let the winner take all after every hand.

Now, even though this one may not seem familiar, once you tried it, you will not search for a new one in quite some time. It originates from ancient Chinese culture, as it was once one of the most popular games in China. As for the rules, don’t let the name fool you, as it is actually pretty easy to learn with some basic rules. Namely, before shaking off three dices, the player makes a prediction on which others can place a bet. Yes, as you can see, the concept is as simple as that, but the number of things you can bet on is numerous, as you can bet on lower or higher, a combination of numbers in a sequence of all three dices, etc. The simplicity is always the best, and this game just proves that, as even though it is easy to learn and play, it also grants having a good and fun time with your friends. That, and the fact that you can play with them online on websites like www.9winz.com/sic-bo was the reason more for super sic bo to find its place on our list.

If you and your friends are poker lovers, but you do not have cards, there is a solution for that too. This popular game can also be played with dice, and all we need is to learn the card equivalents, which is not difficult. There is an equivalent for every important card, and when we use dice, 6 is an Ace, 5 is the King, 4 is the Queen, 3 is the Jack, 2 is 10, and 1 is 9. Now when we know that, we should learn how to play it, which is also an easy task for poker lovers because the rules are similar. One hand has three throws, and we can leave as many dice as we like after every toss. The strongest hand is five of a kind, the next one is for of a kind, but we can try to pair full house, straight, or even three of a kind, or two pairs, but sometimes we can win even with one pair or the highest number. The winner takes all the stakes after every hand, and the game continues just like in regular poker.

Yet another old game that many haven’t heard of or played before. It is one of the most popular games in Portugal, but it’s also played all across Europe. The concept is perhaps the easiest you can find, as there are three options to bet on, small (sum of all dices is five, six, or seven), big (sum is 14, 15, or 16), or aces (the sum is three). Of course, as aces are for sure most difficult to guess, this bet pays 50:1, while for the other two, it is a 1:1 ratio.

Klondike is the best choice for those people who love to have fun but do not like to learn some complicated rules. All we need to play Klondike is to have five dice, and the game can begin. For Klondike, we need to have a banker who will first roll dice and set the benchmark. after that, every player is rolling the dice and trying to beat the banker in order to win the hand and get all the stakes. The stronger number is one because it is considered as the Ace in cards, and the next one is 6, which means that the 2 is the weakest number. The only way to win the hand is to have a stronger hand than a banker since even the same hand means that you lose. The winner of the hand gets all the stakes, and we can play the Klondike game for as long as we like. 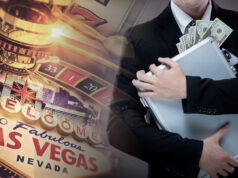 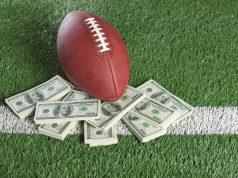 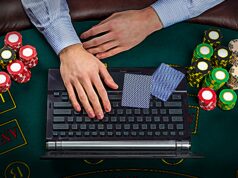