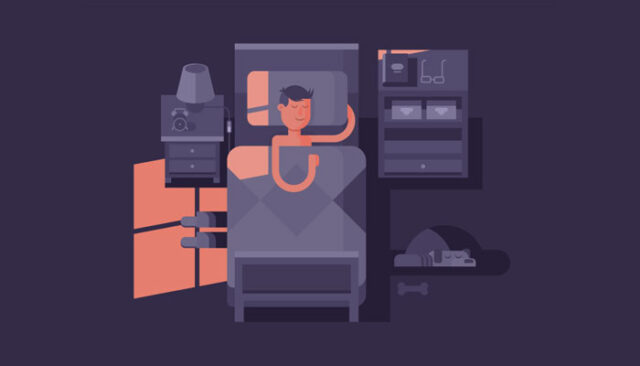 You know that great feeling going into your warn bed after hard day at work. But, the hard truth is that because of modern demanding lifestyle, people don’t have enough sleep. In tech world we’re living today, people are addicted to gadgets and the usual thought is that apps and gadgets are not productive for our healthy sleeping. When it comes to human needs, sleep is universal and each of us are in need of it. You probably tried countless methods such as old fashioned milk drinking or counting sheeps, but it doesn’t work. We are now in 21st century having autonomous cars that are parking and driving themselves, smartphones that are powerful and there are some bedtime gadgets that could actually improve your life. How technology can help us getting enough sleep, waking up and ready for the day? Well here are some examples of gadgets that you can try too and see if it works.

If you like to try new apps for your smartphone, know that there are number of apps you can try: Beddit, Sleep Genius, SleepBot, Sleep Cycle, Sleep Better and Omvana are most known apps for sleeping. Sleep Genius was an app that NASA even helped out to work on. It’s used for blocking annoying traffic sounds or noise from neighbours. You can also monitor sleeping habits. If you install Sleep Cycle it will require you to put phone close to your head entire night, which I think is not a cool idea but it can provide you with information about your sleep pattern and some interesting graphics. It also follows your sleep cycle in order to wake you up with relaxing sounds of nature at right moment. There are many gadgets for people who are constantly on the travel not being home. For example glasses called Glo To Sleep. The point of designing something like this is nurturing relaxed and sleepy state. When you put it on, you will see blue light designed to help you fall in sleep state.

There’s also a head band, that actually look like some type of plaster. It’s similar to something you could see on head of fitness trainers in 80’s. You put it on your head and with it you can listen any sounds you wish, music audio books or anything else without having plugs in your ears. But the biggest number of sleep gadgets are meant to be used at home. NASA created a light bulb which works in a way of filtering blue light and tricking natural rhythms of body so that person thinks it’s night time. If someone is snoring loudly, it can be a problem for other person sleeping beside, but what can also be bad for sleeping is wrong temperature of mattress. With Luna mattress you can control both sides of bed, it also comes with smart alarm and sleep tracking.

Phillips hue light bulbs are presented as the light of future, but they also evolved in the area of sleep. With the possibility of smart control you can control it so the lights can turn off or on depending on what color or brightness suits you for sleep. I think all of these gadgets can help us in a way to sleep more better. If you don’t have enough sleep it can be problem but sometimes no matter how much we try, we just can’t shut down ourselves. It’s great if technology can help us because having a quality sleep is essential for good life.