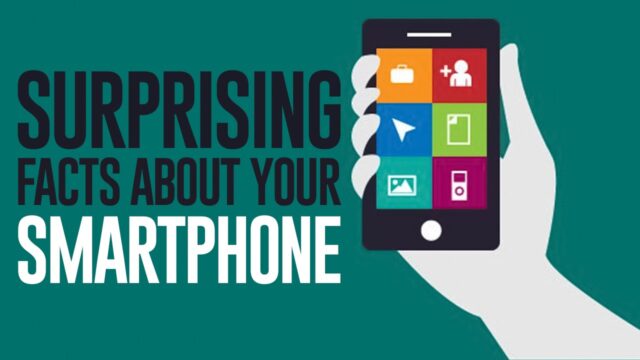 Today, smartphones are necessity in our every day lives. If you try to be without phone for a week you will see what I meant, I wish it was different actually because people are so glued to their phones it’s crazy. There are probably more then 1 billion smartphones around the world, and the number is constantly on the rise. People are just fascinated with smartphones, and it’s interesting to see how much they changed in a way of functioning and operating. Anyway, here are some of most interesting and funny facts about smartphones. In order for Apple to create iPhone it takes about $190 dollars, and 4 years earlier Apple was selling 340,000 iPhones a day. Person is spending almost 3 hours socializing on smartphone each day. This is actually twice more then eating and one third of sleeping cycle. Smartphone that you are holding in your hand has more computing power than the one that was used for Apolo 11 moon landing, its crazy to think how quickly and how far technology evolved.

Back in 1983, first phones were selling for $4,000 dollars in America. The most expensive parts of one smartphone are memory and screen. It is estimated that this year, around billion dollars will be spent only on the smartphone shipping, worldwide. First smartphone ever was called Simon and it was introduced to the market back in 1992, created by IBM company. It contained address book, calendar, world clock, note pad, email, games, calculator and fax with touchable keyboard on screen. Did you know that phones actually contain more bacteria then your toilet handles? Japan is very highly tech advanced country, and 90% of smartphones coming from there are waterproof. Why is that you may ask? Well, most of the Japanese kids are using them even under the shower. Japan is also a country where the first smartphone with camera was created and released.

It is estimated that 90% of mobile apps that are downloaded are actually not used more than ten to fifteen times. Almost 40% of users are starting Facebook apps before they even got up out of bed. The next fact is really crazy, average user of smartphone is checking their screen 100 times each day! It is scientifically proven that the radiation from smartphones can indeed cause insomnia, confusion and headaches. This one is really interesting, scientists have actually managed to develop a way of charging mobile phones with the use of human urine. First call from mobile phone ever was made back in 1973 by Motorola inventor Martin Cooper. Apple and Microsoft are known for their battles but iPhone has more sales than any other product from Microsoft.

When you’re walking I bet there are times when you check the pocket with your hand to make sure the phone is with you, but you probably didn’t know that there is actually fear of being without smartphone or losing the signal of it, and it is called nomophobia. You remember Nokia 3310? Maybe you thought that this is the best selling electrical gadget of all time, but it’s not true. It’s actually Nokia 1100 with over 250 million sold units worldwide. In Britain, every year there are more then 100,00 mobile phones accidentally dropped down the toilet. People have more phones than there are toilets in the world. China is the country where people are using internet more through mobile phones then personal computers. I can go on forever. 🙂 Do you have any funny smartphone fact?