Just about every dating experience is better when you’re a sugar dater living the sweet life in their own corner of the sugar bowl. But as any veteran sugar baby can tell you, you can still run into issues, and it’s important to be able to spot them sooner rather than later. This is especially the case when you’re new to sugaring. You can read more about this topic at sugarsearch.com

After all, not every potential sugar daddy may turn out to be what you hoped or expected. And there are total fakes out there, as well – salt daddies who want to take advantage of naïve sugar babies despite the fact that they’re unable to deliver on their end of a mutually beneficial arrangement. Here are some red flags to watch out for.

He doesn’t bother to look presentable

If you’re like most people, getting ready for a first sugar date is a huge deal, and with good reason. This is the get-together that’s going to make or break the first impression you make on your would-be sugar daddy, so it’s important to make it count. Among other things, you naturally want to look your very best.

So what does it say about your date if he shows up looking like he just rolled out of bed and couldn’t care less about making a good impression on you? It’s a solid sign that he’ll put just as little effort into any relationship you might ever have, so pay attention.

Most women can tell you a horror story about the time they had high expectations for a first date because the guy was so darned nice over chat or instant message. He may even have continued to be nice in person, but only to his date.

A so-called sugar daddy who is sweet to you but rude to the wait staff or even to strangers is not a nice guy. This is how he treats everyone he isn’t personally invested in. He’ll likely treat any friends or family of yours he doesn’t like the same way, not to mention you the first time the two of you go through a rough patch.

He’s critical of you

Have you ever been unlucky enough to find yourself out on a date with a guy who’s a chronic critic? He’s the type who has no problem criticizing their date and making little offhand comments about her appearance, the food she orders, how she speaks, what she’s into, and just about anything else you can think of.

First of all, there’s never any excuse for treating another person that way, whether you know them well or not. Second, someone who behaves this way on a first date should send you running for the hills. If this is how they are now, how do you think they’d be in a sugar arrangement?

He won’t stop talking about his exes

Talking about your ex too much is a pretty big red flag at any point in an interaction with a potential partner, but it’s even worse if it happens on a first date. It’s definitely a possible sign that they’re still really into them or aren’t over something that happened between the two of them.

And they don’t have to be singing their ex’s praises for ex-talk to be a red flag, either. In fact, it’s often even worse if they slam their exes, expound on how evil they were, or claim every last one of them is “crazy”. The thing is, it usually takes two to destroy a relationship, and the last thing you need is a guy who can’t take responsibility for any part he might have played in previous relationships gone wrong.

A first date is supposed to be about getting to know each other better and to get a feel for how things might be if you do decide to enter into an ongoing arrangement. It’s not the time to whip out a laundry list of detailed standards someone had better be prepared to meet if things move forward.

So be wary of a would-be daddy who spends half your first date telling you how he expects you to be. Sugar dating isn’t about telling a vital young woman how to look, what to like, and how she should want to live her life, so stay far away from anyone who thinks it is. This goes double for anyone who acts that way on a first date.

You should always trust your gut when it comes to first impressions, as that’s really what a first date is supposed to be about – sizing someone up and assessing their partner potential as it relates to your needs and preferences. Red flags like the ones above will almost certainly get your Spidey senses tingling, and that’s as it should be. Pay attention, and keep it moving. 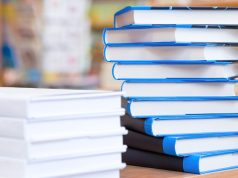 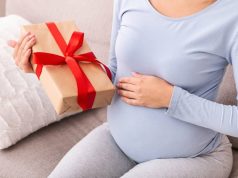 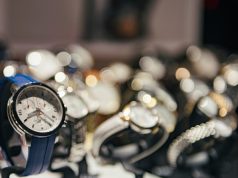 How To Choose A Perfect Watch For Your Boyfriend?