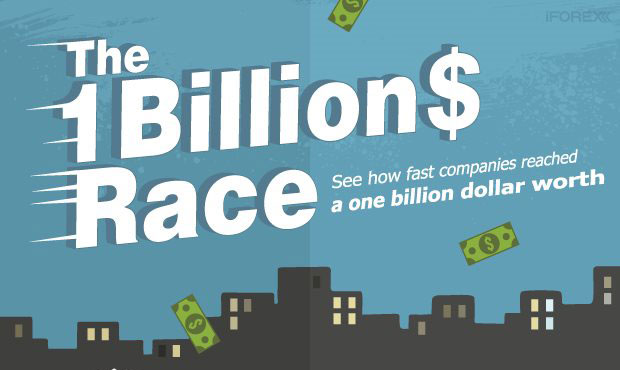 Everyone knows that the current IT industry is fastest-growing industrie in the world. Compared to traditional non IT companies, IT companies were earned first billion quite quickly. Those who know what they are doing, they can earn even more.

Snapchat notoriously denied Facebook’s $ 3 billion offer when they were only three years old. At age four, Snapchat could possibly be valued at $ 10 billion. This type of growth would be completely unexplainable to a young pre-digital age. “What do they sell?”. Well, they sell an incredibly small amount of ad space and also some data they mine about their users. Their yearly revenue is arguably nothing.

It is believed that the IT industry continue to grow, and anyone with a good idea and a little IT knowledge has the potential for success.

Below you can see a great infographic which shows you how fast companies reached a one billion dollar worth: