Home Car The 3 Factors that Cause Truck Accidents Most Frequently

If you often use the highway, you probably see large trucks out there sharing the road with you. These are enormous vehicles that weigh multiple tons. You have to respect them because of their size and weight.

Your family vehicle is much smaller than them, and as you drive past them, you probably hope that the company that owns the truck maintains it well and that the driver knows what they’re doing. Any issue might cause an accident, and even a nudge from a gigantic commercial truck might total your car and severely injure you.

Truck accidents sometimes occur, and there are a few particular things that cause them. We’ll go over each one of those in detail in the following article.

Before we jump into what usually causes truck accidents, here are a couple of interesting facts. Large trucks, or those weighing more than 10,000 pounds, account for 4% of vehicles on the road. However, they have involvement in almost 10% of vehicular fatalities, according to Patino Law Firm.

This means that trucks are dangerous, and there’s no way around that. Still, we can’t get rid of them. The majority of goods that Americans ship across the country make that journey by truck.

Now, on to what causes truck accidents. We must first mention environmental causes. These cause about 3% of large truck accidents, so these incidents are relatively rare.

When we talk about environmental causes, we’re usually talking about violent rainstorms, snowstorms, gale force winds, poor highway conditions, narrow roadways, and so forth. We can also include ongoing construction in this category.

You would hope that a truck driver knows how to conduct themselves in any of these circumstances. If the weather gets too bad, a driver should pull over at the first chance they get to wait until things have calmed down.

However, you might have drivers sometimes who are trying to get to their destination as quickly as possible. They may be on a deadline, and they feel that if they’re late, it reflects poorly on them. In these instances, a truck driver might decide to brave the weather, and when that happens, a crash can easily occur.

Mechanical issues are the next potential truck accident cause. It’s up to the company that owns the truck to maintain it. There are regulations they must follow, including checking out each vehicle in their fleet thoroughly after each cross-country run that their drivers make.

Reports indicate that mechanical failures cause about 10% of truck accidents. There are a plethora of things that can go wrong with a truck, just like with your family car.

They might have mismatched tires, or they may be the wrong size. They might have uneven tread wear, so the vehicle does not roll smoothly over the pavement.

The cargo the truck is carrying can also be an issue. It might shift during transit, causing the truck to no longer balance like it should.

Brake problems seem to be the number one mechanical issue that commercial trucks encounter. That’s one area that a trucking company should never neglect. If you’re in a car and you’re around a truck with brake problems, it can pose a serious danger to you.

The driver is the third area where a truck accident can occur, and they cause the overwhelming majority of truck collisions. It seems unfair to blame the drivers for most commercial truck accidents, yet the reality is that they cause the majority of crashes. Human error is the culprit about 87% of the time, much more than mechanical failures or environmental issues.

Truck operators sometimes drive up to eleven hours at one time and up to seventy hours per week. They can do that legally. There are regulatory bodies which say that truck drivers should not be on the road longer than that, but you can never tell whether the driver in the truck beside you is adhering to those rules.

An exhausted driver can easily make a mistake. They might fall asleep at the wheel. They also might ingest alcohol or illegal drugs, and that’s even more dangerous.

A truck driver might try to talk on their smartphone while driving, even though they shouldn’t. They may attempt to text on it or check a baseball score.

A driver might allow a billboard to distract them. They may speed, which can cause an accident, or maybe one of them has a road rage incident.

What Can You Do to Avoid Truck Accidents?

As someone who is sharing the road with truck drivers, there are certain things that you can do to prevent collisions. Staying away from trucks is the first and most critical thing that you can do.

If you can, maneuver around a truck when you see one on the highway. If you are not right next to it, then it can’t run into you.

It could be that traffic conditions don’t allow you to distance yourself from a truck, at least not for a few seconds or even a couple of minutes. If that happens, don’t panic. Just try to stay out of the truck’s blind spots.

Trucks have blind spots directly in front and behind them. They also have them on either side beneath their mirrors.

Apart from that, don’t change lanes suddenly around trucks. Don’t act aggressively around a truck driver. Remember that they are so much larger than you, and any display of temper is never a smart idea when you’re dealing with one.

You would hope that the truck drivers around you understand their job and take it seriously. They are driving multiple-ton vehicles, and if they get careless, they can kill someone or severely injure them.

You can never check to see if a truck driver is sober or whether they’re trying to text on their phones when they should be paying attention to the road. All you can do is be aware of trucks and treat them respectfully. 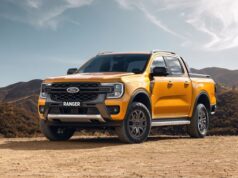 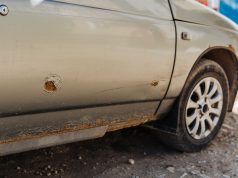