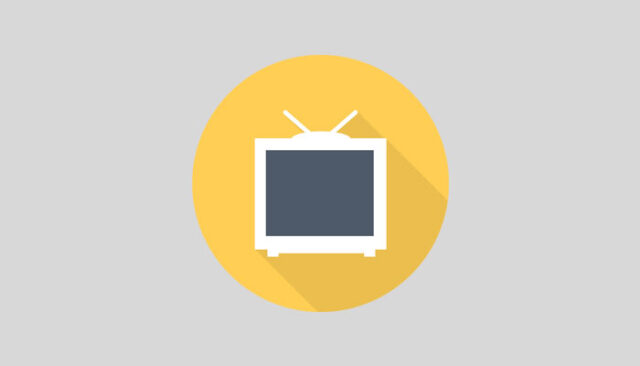 Television is definitely considered one of the most influential innovations that changed the world. According to USA research, there are more TV’s then people in every house.  TV has come a long way since its debut, today, it’s almost like screens are more colorful then reality itself. Since the beginnings of TV no one really believe in it. The idea only lived in the imagination of inventors. Soon enough people in America were captivated by it. There are few people who contributed to development of Tv, its not fair to name just one. Vladimir Zworykin, Charles Jenkins, Philo T. Farnsworth and John Baird all contributed giving each of their own puzzle piece. The evolution of Tv is really interesting, starting from humble beginnings in 1930’s. In recent years technology has changed drastically fast. The earliest ancestor of modern television was Octagon that was made all the way back to 1928. It was operating with disk technology that rotated on an 3″ size screen. 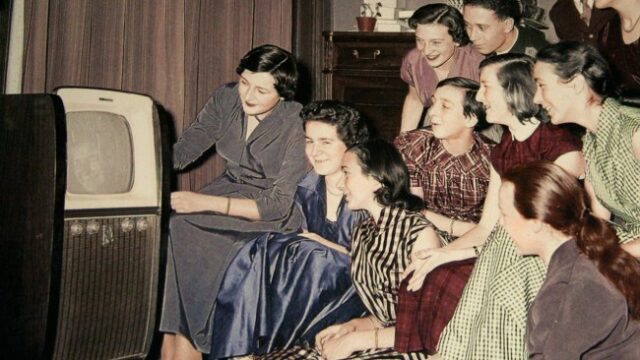 First commercial TV’s were presented in 1930’s . It was at that time that television was enabled for all people. They were really large with 12 inch displays. At that time the usual income per house was around $1300 dollars. The price for those TV’s was around $300-$500 dollars per piece. 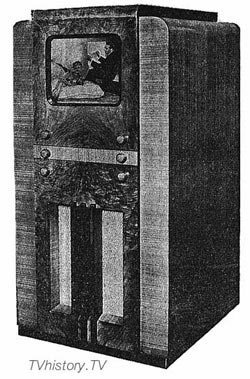 With the second world war at front, in the 1940’s the hype of television was under the carpet. People were much more concentrated on making radar technology so in USA the production of TV’s has totally stopped. That didn’t stopped innovators which came with introducing color to the screens in the early part of the decade. This was the time when the first TV commercials were introduced. The economy was strong after war so the market saw a bloom of TV technology. There were 2 types of TV’s introduced, the console and tabletop. It was the time of first TV stars, some of them were Howdy Doody, Ed Sulivan and Milton Berle.

In 1950’s it was boom of economic in USA, but it was also golden age of television production. At the end of 1951, it’s estimated that more then 8,000,000 TVs were in America only. Tv magazine called ” TV Guide ” was the number one seller in the country. This was also the period when first remote controller was invented. Companies used the slogan ” family meals will never be the same ” when selling the TV’s, they also liked to call them dinner TV’s. By the end of 1950’s price for TV in color with 21 inch size screen was $500 and the one with only black and white screen was $300. 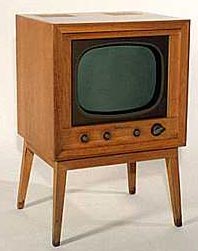 1960’s are marked as an era of television when Americans would rather watch the news on TV then read newspapers. This was also the time when American were obsessed by the thought of space travel.  Every product that was selling had somehow a space edge to it. The Beatles that appeared on a famous Ed Sullivan show were watched by 75 million people. The war in Vietnam was the first one to be shown along with the doctors that legally had commercials for cigarettes. At the end of 60’s there were over 200 million TV’s around the world with 80 million TV’s only in America. 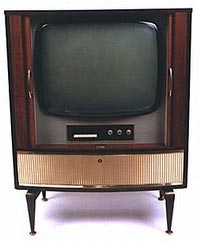 In 1970’s one of the most famous children shows had it’s debut. It was called The Sesame Street and it’s still running today after more then 40 years. It was also an introduction of the first commercially available video game called Pong that could be played on TV. Price for TV’s was between 400$ and 700$ dollars.  This was also the last decade of black and white TV’s. 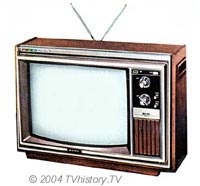 1980’s were marked with introduction of video game consoles like Nintendo system and accessories for TV’s like VCR. With VCR people were able to tape their favorite channel on a tape and watch it later. What saw the biggest bloom was cable television even though it was available years before. It was the beginning of hit TV show’s, like  Married With Children, Full house , Rosanne and much more.

The biggest changes in technology were in 90’s definitely. It was an age of innovations especially with internet breaking through dialing ISP’s. It was also the time when first computers for personal use became accessible for people. Television in 90’s produced some of the most famous TV shows ever. Who doesn’t remember Friends, The Simpsons, The Fresh Prince Of Bel Air? Some of them are even on TV today with the new seasons being filmed. This was for me the decade of really great movies. It was the time when action heroes were most popular. I remember many movies with Schwarzeneger, Jean Claude Van Damme, Sylvester Stalone and Jackie Chan. It was also period when innovators were experimenting with technologies like LCD, Plasma, while CRT TV’s were still leading in the sales on market. By end of 90’s and beginning of new millennium,  in 2000′ DVD players were the new hot thing. It was a door into experiencing home theater. Since advancements on the field of Plasma and LCD’s were improving, it enabled innovators to produce larger screens with much better and clearer picture. Thin was IN and they were trying to save space and start making much more thinner TV’s. Reality shows were starting to take over the screens and TV’s were starting to become more interactive with shows like American Idol. Can you believe that while American Idol was on TV, an ad of 30 seconds cost 750 thousand dollars?

In 2009, television finally goes digitally. All analog channels were replaced by digital signal. New media players are on the scene as well as BluRay players that replaced DVD players, just as DVD players replaced VCR long time ago.  2 years later TV’s are going online with the introduction of Smart TV’s. One of top producers of smart TV’s is Samsung. They also offer great quality and top of the line products, but I prefer Sony. I personally own Sony LED TV with 48″ screen size and its really amazing, I use it for video games and especially watching movies through connecting my laptop and TV with HDMI cable. If you pair up some good speakers you could have a nice home theatre with TV like that. Check out the SONY Bravia line of LED models, I guarantee you will not be disappointed.

75 years ago, no one believed TV’s would change the way we look at the world. With all experiments and TV’s shaped like octagon the TV’s were introduced with lots of scepticism. Today, people are so attached to their TV’s as it has become almost standard piece of the furniture in living rooms along with table and sofa.  The latest trend in TV market are curved TV screens and TV’s that support UHD and 4K resolutions which means watching stuff with ultra high quality of picture, but they are still expensive. I eagerly await to see what new technology will be invented in the upcoming years in the field of TV’s.