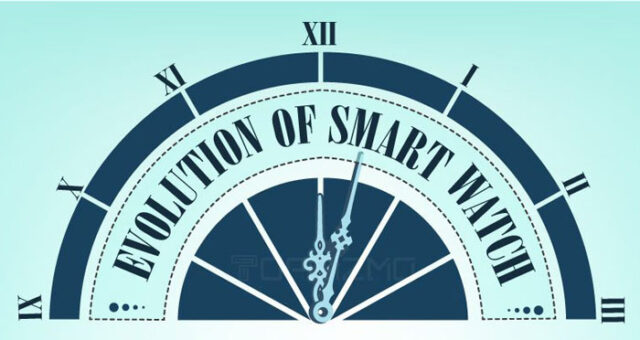 The smart watch is a very interesting innovation which has made its way through to the commercial market with a bang. Wearable technology has become a phenomenon so widely accepted and adored that the year 2014 was named as the “Year of the Wearable” because it saw countless innovations in this section of technology.

The evolution of smart watch

Many wonder how the usual wrist watch turn into this technology influenced product aimed towards the tech savvy. When did this happen? The process had started approximately fifteen years ago, in year 1999, when Samsung introduced the world’s first watch phone – SPH – WP10. The watch came with antenna, an LCD screen, a talk time that lasted 90 minutes, and a speaker and microphone.

What Samsung did was just the beginning in the timeline of smart watches which offer many features in addition to showing the right time. In the year of 2005, the premium wrist watch brand, Fossil, released a watch for geeks – the Wrist PDA 2.0. This unique watch was worth a hefty $200 and its numerous features were definitely a delight for those who loved every bit of innovation in technologies. The watch uses Palm OS as its operating system.

The LG – GD910, released in the year of 2009, is a smart watch which was not only a product for the tech savvy but also a physically tough gadget. The smart watch is made of a waterproof metal case which protects it from all kinds of water damage and features a curved glass face. It offered numerous interesting features like camera, video call, and could be accessed in at least 15 different languages. This solid watch was definitely a breakthrough in the wearable technology segment.

In 2010, Apple launched its Apple iPod Nano and HEX Watch band which included many creative applications like media players, GPS receivers. This fancy wristwatch was small and easy to use. In the same year, Sony Ericsson and Blackberry launched LiveView Watch and inPulse respectively. In the year of 2012, Sony replaced LiveView with a much more advanced Sony Watch.

The smart watch research kept growing after that and the results were marvelous to say the least. Then came the watches which have now given meaning to the term smart watches. In 2013, the Kickstarter project, Pebble smart watch broke all Kickstarter records and was a smart watch which many fell in love with. The powerful wearable of its own kind was received with warmth and excitement.

In 2015, comes the smart watch many had been enthusiastically waiting for – the Apple Watch. Apple Watch was Steve Jobs’ dream and was released after his death. The Apple Watch series is something Apple fans just go ahead and have to own!

The year 2016 is going to see lots of advancements in the smart watch area and many leading companies are producing high end gadgets to meet the needs of the current generation. The future looks bright for smart watches!