Home Daily Infographics Evolution Of Robots In The Film 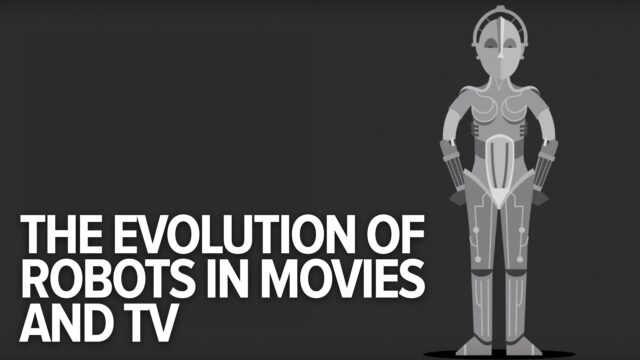 Even though we are rapidly improving our technology, people are still not able to make robots part of our every day life. But when it comes to movie, it’s different. On the screen, robots were always present. Since the early 20’s they had some epic and iconic movie moments throughout the years. So with that being said, lets take a closer look at the revolution of robots in the movies.

The first on my list is from the Alien movie franchise ( 1979- 2012 ).  There were 3 androids and each of them had different type of personality, with their own decision making as long as they were following orders of their programmers to finish the mission. The Ash robot is featured in the first movie and in his software the code that is written is that mission always comes on the first place but the crew ix expendable. Bioshop has bigger level of self awareness than Ash, and is also more emotional. In last movie of Alien franchise we are presented with David. But not much is known about him other then he makes human sacrifices for the cause of mission and is very loyal.

This leads me to Terminator franchise, ( 1984-2015 ).  In these movies wee see that there’s a battle between artificial intelligence, even though time travel is screwing with them for a while. The war is happening between the idea of destroying or saving all mankind. Both good and bad sides are limited by their program and physical flaws, not even fully autonomous. But eventually T-800 model ( Arnold ) succeeds in defeating more advanced bybord with little more determination, spirit and help from his friends. In 2001 one of the most complicated movies ever was released called Artificial Intelligence. We see 3 crucial robot characters in it, Teddy, David and Gigolo Joe. The most tragic character of them is David. He is created as a kid, first of his kind, programmed to be loved. We first see him as naive and new, transforming to being afraid alone and eventually angry. There’s an interesting sentence where father of David says to his mother : “If David was created to love, then it’s very logical to think that he is also capable of hating. And if David is pushed to extremes, what is he capable of actually?”

Year 2004, brought us a movie called “I Robot” that was inspired by short stories of Issac Asimov. The main actor is Will Smith which is accompanied by robot that operates on 3 laws of robotics for next generation. This rules are that he can’t injure human being or allow any other human to come to harm. A robot also has to listen and obey any orders given from people except when that orders are in direct conflict with first rule. And third one is that robot has to protect himself as long as that type of protection is not in conflict with second or first law. Eventually what happens in the movie is that robot realized some of humans are threat to themselves and they need to be sacrificed in order to secure the future of human kind.

If you watched 2001: A Space Odyssey from Stanley Kubric, you remember the robot called Hal 9000 which also turned against humans even if he didn’t had and army or any weapons at disposal.

3 years earlier, Her was released. In the eyes of moviegoers and critics it was smartest movie about Artificial Intelligence in years. I have watched the movie and I think this is not far from truth since something like this can be expected in near future. In the movie we see a men going through divorce and actually falling in love with first AI system. The name of OS is Samantha and she goes from being a robot with only sense of humor to being a self aware woman who’s only missing her form of physical body. I think the movie is great and I kindly advise you to watch it as it speaks about relationships in general and not just technology. Well, those were for me some of iconic robots in the movies.