Home Daily Infographics Everything You Need To Know About iOS9 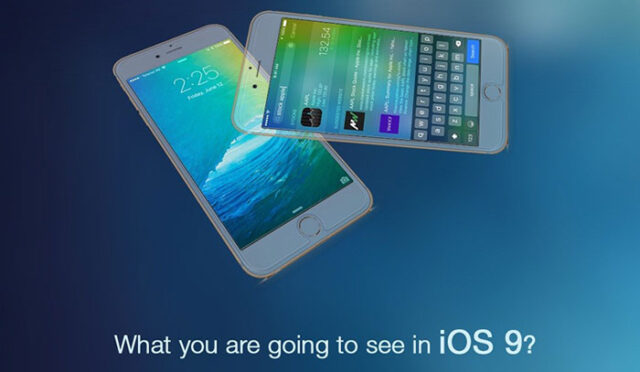 The new mobile operating system, according to Apple engineers, focuses on functionality and OS X. So iOS9 now offers additional smart functions seen in Google Now system, which will be integrated in personal assistant Siri. The new OS will bring and functionality such as search phone numbers by mail, which will be useful at a time when for example, you receive a call from a number which is not in the phone book of the device.

With the new iOS, device will be able to predict your routine and through folders offer a solution for the easiest destination to reach. Improvements have been added to the music player, which will have greater opportunities. As a novelty, in a new Notes application you can now directly import the website, with the possibility of adding notes.

The new iPhone OS9 will bring a new news reader similar to Flipboard, which will generate news in the format characteristic of Apple. Improved Apple Maps, which now receive information about public transport, but it is unknown which locations will be supported.

iOS9 also brings the ability to use multiple applications at once, which will allow the so-called Split-view, similar functionality to Multi-Window function on Samsung Android devices. This functionality will now be possible only on the iPad, and will offer the ability to display video in a separate window while you work in another application, which is also already seen on Android devices.

iOS9, will be available from July in the beta program. Installing beta version of iOS9 will be available on all iOS devices starting with the iPhone 4S and iPad 2, but you should not expect that all the new features are available. Below you can check infographic with additional features of iOS9: