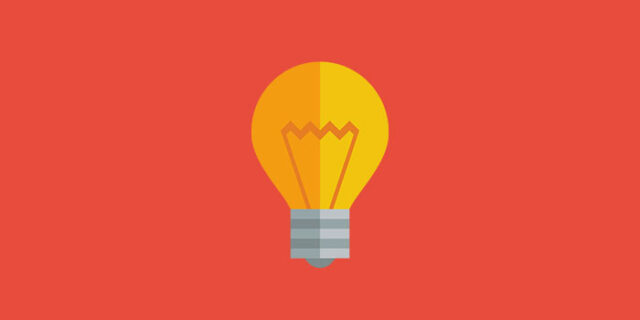 How much electricity is spent every day? You can’t possibly know that, right? But there are some rough numbers about electric consumption through the years. Lots of products use electricity nowadays, but what exactly that electricity is? And who created it? Keep reading to find out more.

I think everyone is sometimes thinking about electricity and what it is. Well, it all starts with atoms? What are atoms? Atoms are particles and they are “materials” of everything that is around us, from chairs and beds to our body. Atoms are made out of protons, electrons and neutrons. And when the electrons are moved from one atom to other they form electrical current.

Now, to actually create lots of electricity you’ll need some source of fuel like gas, coal, wind or hydropower. Electricity is then created with the help of generators. Most of generators have a turbine that spins magnets surrounded with copper wire. In that way you get a flow ow electrons across atoms and that generates electricity. With traditional fuels like coal and gas, fuel is burned so it can heat water. Water creates steam and that turns the turbine.

Wind and hydropower are renewable energy sources used to create electricity. The principle is the same, turbine spins and creates electricity. With hydropower turbine is turned with water and with other renewable source wind is used to turn the turbine.

Once the electricity is generated it takes a lot of work to transfer all that electricity to normal houses and homes. Electricity moves with the help of wires. It’s very fast and in one second electricity can travel around the whole world about seven times. The whole process goes like this: 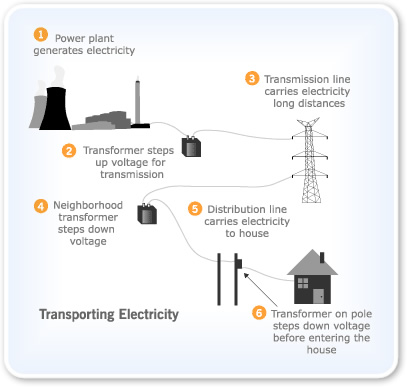 Sounds like an interesting process, right? But the main question now is, who figured all of that out? Who is responsible for all the electricity we have today?

Notable people in history of electricity

First time something notable and related to electricity happened was when Benjamin Franklin decided to conduct experiments with kite. He proved that lighting is actually electricity and he used terms like positive and negative charge for the first time.

James Watt didn’t actually do any experiments with electricity but he was a very notable person in the history. Why? He said that a steam engine can replace power of animals like horses.

William Thomson, often called Lord Kelvin is best known for inventing a new temperature scale that was based on the concept of an absolute zero that happened at the temperature of -2730C. He also maintained opposition to the idea that energy that comes from radioactivity came from atom.

Ever heard about Seebeck effect? The inventor of that “effect” was German physicist called Thomas Seebeck. He twisted wires made out of different metals and then decided to heat the part where the wires met. What was the result? A flow of heat from hot to cold junction. That is also called thermoelectricity.

Michael Faraday is very notable with his discovery of electromagnetic induction. Lots of other inventions in the future happened thanks to his experiments.

One of the most know inventors of all time was Thomas Alva Edison. He was interested in chemistry and electronics all his life. He had a total of 1093 patents.

Along with Edison, Nikola Tesla is also very popular and one of the greatest geniuses of all time. His system made possible a first large-scale harnessing of Niagara Falls and the building of first hydroelectric plant in US in 1886. He died in New York, alone and broke. 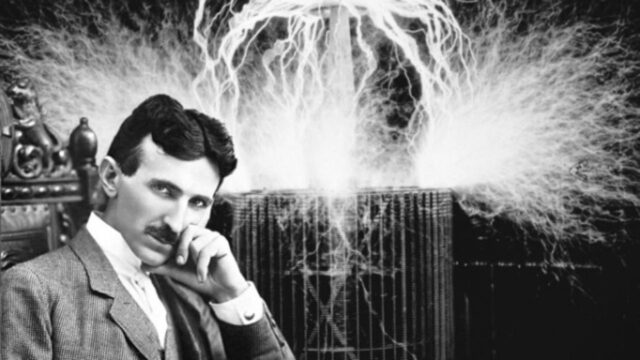 Heinrich Hertz was a German physicist that helped in work for vacuum tube. Thanks to his work a future development of radio, telegraph, telephone or even television was possible. He demonstrated the existence of electric waves.

We all know who Albert Einstein is, one of the most brilliant people in the history of humanity. His formula helped to prove that gram of mass can be converted into energy.

When it was first invented electricity was not a normal thing for everyone. Some people didn’t want it and lots of people couldn’t afford it. But let’s face it, 90% of people today couldn’t live without electricity. And this is how monthly consumption of electricity changed over time. (kWh stands for kilowatt-hour).

1910s. In 1915 average electricity consumption in U.S. household was 30kWh. Only the wealthiest people could afford electricity in their homes. Light bulbs were luxury items and they were sold for $1 a pack.

1920s. In 1925 electric consumption per household was 40kWh. A first Trans-Atlantic telephone service was created, bulbs were cheaper and better. Lots of technological advances allowed “normal” people to have electricity in their homes and homes could run more electronic appliances in the same time.

1930s. Average consumption was 50kWh in 1935. Most of homes in cities and towns in U.S. had electric power but less than 10% farms had access to electricity. Companies had monopolies and government had to react to extend service to poor and rural communities.

1940s. In 1945 the number of consumption continued to grow as it reached 90KkWh. Factories and utilities are modernized with all the latest lighting and wiring. Homes could afford large appliances and modern technology that consumed more electricity.

1950s. In the next ten years the consumption of electricity was raised by more than three times up to 293 kWh. The electric infrastructure continued to modernize and some new appliances and new products required more and more electricity to run. In suburbs of cities more than million new electric homes were built each year.

1960s. More than 90% of U.S. homes had television in their homes. In that way individuals were connected to all the global issues. New and developing technologies in computing and automation were also responsible for electric consumption of 391 kWh.

1970s. In 1975 an energy crisis happened due to inflation and shortages. Government brought some new laws to fight against energy problems. At the same time electricity offered some new ways of entertainment and productivity to homes which lead to consumption of 675kWh.

1980s. Demands for electric energy were raised as the whole new market of telecommunications appeared. The consumption raised to 867kWh.

1990s. In 1995 electric consumption per month jumped over 1,000kWh for the first time, to 1,054kWh to be correct. Utility deregulation offered some new opportunities for energy field. Heating and cooling made up more than 50% of energy consumption.

2000s. U.S. homes became larger and demanded more and more electricity to run. The consumption in 2005 was 1,142kWh and it would be larger if it weren’t for energy-efficient appliances.

2010s. For the first time in the history of electricity the consumption was lowered. Unlike 2000s, in 2015 the consumption went under 1,000 with 911kWh. Why? Energy-efficient appliances became a standard in almost every home and in the same time a green economy started to become more and more popular.

That’s a lot of electricity every month, right? Do you know which devices use most of the electricity? Check it out:

What do you think about the future? Will the electric consumption get higher or lower in the next ten years? And will the innovations aim for the lower electric consumption or we’ll have to use even more electricity to run some new things? Share your opinion with us in the comments and don’t forget to read the infographic below for some visualized information about electric consumption history in U.S. Over the past 100 years.