Home Daily Infographics e-SIM: Is it time to say goodbye to the SIM card? 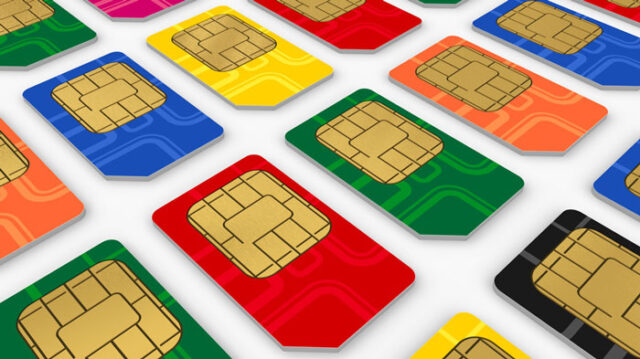 Although they used to be a key ingredient of elevation of mobile phones, SIM cards have never been practical to use. When they emerged – the first in 1991 produced a German company Giesecke & Devrient and sold 300 pieces of Finnish telecom Radiolinja – were one of the key elements that have made portable phones, despite they never been practical to use. Decades later SIM card became limit which, like many other technologies before them, could soon become history.

Although they reduced the size of a credit card on the size of a fingernail, it was not enough. The smartphones can be a super-slim, but not thinner than the SIM card. Another option is to pack them under the battery, which manufacturers who are pushing irreplaceable batteries (led by Apple) has for years been successfully ignored.

As far as the functionality is concerned, there is no reason that they can not be reduced even more, but here in the story enters the human factor. As long as we’re the ones who put and remove them from the device, there will be significantly smaller SIM cards than the current nano SIM.

Once an “Internet of things” catch the momentum, as we probably will not wait long, networking will include a huge number of devices and objects. Networked bracelets for fitness and smart watches are becoming ubiquitous, and the same could happen with kitchen appliances, cars and even clothing and footwear.

It is estimated that by 2022 most of us, may have five to ten such networked devices. Many of them will not be able to use current SIM card (because of the size and other limitations). It is likely that by 2017 we’ll get the new solution, in the form of e-SIM cards – miniature chip, built-in cell phones that will allow choice of changing operators – but also manage the connected devices – via software.

What will e-SIM mean for us ordinary users? We’ll be able to say goodbye to losing SIM cards, card replacement when changing the operator and dual SIM models. The new technology will facilitate the use of several operators at once (by opening the opportunity for easy access to the best deals) and that speed up the change of the tariff model, as well as the activation and management of a large number of devices using a cell phone. Below you can check infographic about e-SIM card: